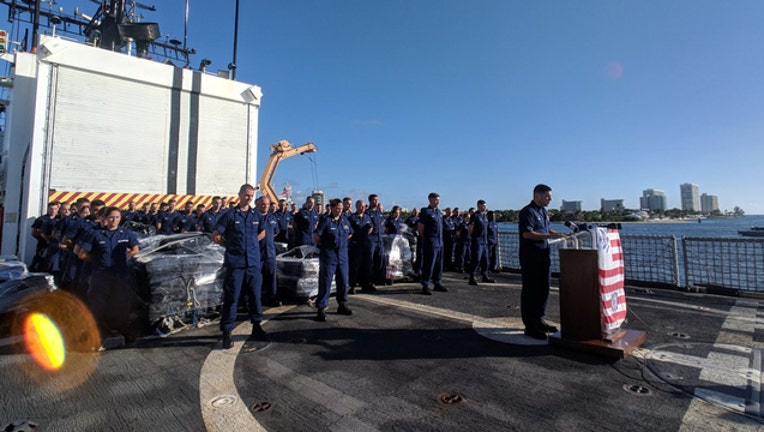 The tons of cocaine were offloaded Thursday in Port Everglades and estimated to cost $378 million, according to USCG officials. The drugs were intercepted in international waters of the Eastern Pacific Ocean between mid-October and late November.

The drugs, they say, were seized from suspected smuggling vessels off the coast of Central and South America by three USCG cutters and a Royal Canadian Navy ship.

The agencies were patrolling the known drug zones in an effort to combat international drug operations. When a suspected drug vessel is located, it is tracked by allied military or law enforcement personnel. The interdictions, which include actual boarding, are led by USCG personnel.