TAMPA, Fla. - History was made Monday as NASA launched the first-ever controlled flight of an aircraft on another planet. The helicopter drone Ingenuity took its first flight on Mars, serving as a major breakthrough for future missions.

For UCF Professor Mike Kinzel it was a major moment. He was watching very closely because he and his team are planning a similar mission to fly an aircraft on one of Saturn's moons. He says the success of today's mission puts us one step closer to learning more about what life could be like on another planet.

It's being called a Wright Brothers moment and it couldn't be more fitting.

"Being able to actually fly on another planet is pretty impressive," Kinzel said.

In 1903, the Wright Brothers launched the Wright Flyer the first powered, heavier-than-air machine to achieve controlled, sustained flight with a pilot aboard. Now, more than 100 years later a piece of fabric from that plane is on Mars with Ingenuity, which is the first aircraft to take flight on Mars.

As Kinzel explains, Monday's successful flight is a major feat. The ability to control more than 180 million miles on a planet, where the atmosphere and gravity are unlike anything on Earth. 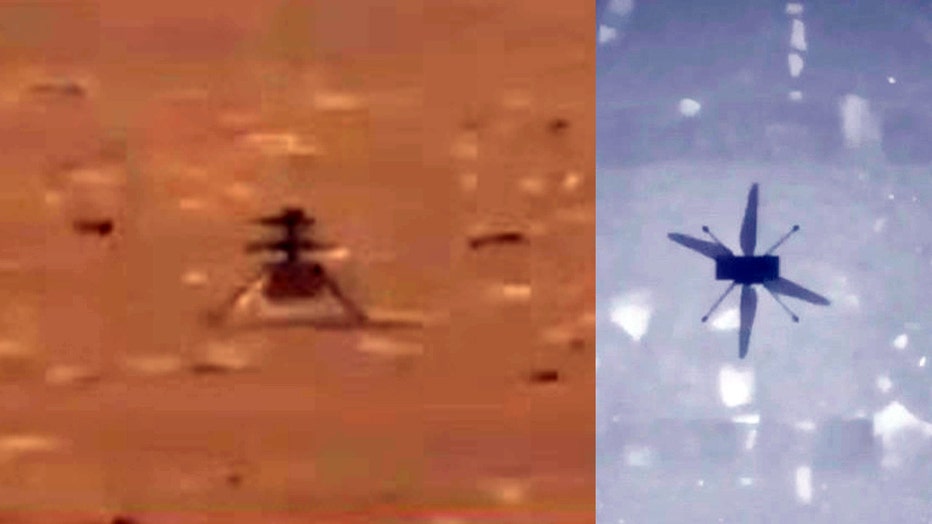 Monday, the tiny helicopter rose 10 feet and stayed in the air for about 40 seconds before returning to Mars' surface. The success of the first flight puts Kinzel one step closer to his mission to fly an aircraft on Saturn's moon Titan, known as the Dragon Fly mission.

"It's good to see success because it sets a path and paves a path for us in the future," Kinzel said.

Had Monday's mission not gone well, Kinzel says it would have been a major setback for the Dragon Fly mission so he says the success really sets other missions up for success in the future as well.