The unmanned plane can conduct experiments in space without any humans aboard.

The original time for the launch was Saturday at 8:24 a.m., but ULA scrubbed it because of unfavorable conditions. It was then moved to the second window of 10:13 a.m., but "no-go" weather conditions caused the launch to be moved to 10:23 a.m., which was also scrubbed.

The launch was eventually rescheduled to Sunday morning and successfully lifted off from Space Launch Complex 41 at Cape Canaveral Air Force Station at 9:14 a.m.

The unmanned Boeing spacecraft can conduct experiments in space without any humans aboard.

The rocket carried an X-37B orbital test vehicle for the U.S. Space Force. The X-37 is also known as the "spaceplane."

Chilton said the X-37B can fly without a crew and conduct experiments on its own, citing that “it can be rapidly reconfigured to host a wide variety of experiments. It can take off from standard launch pads on rockets and land autonomously through public airspace."

No crew onboard means it can stay in space longer. The X-37B was recently on a mission that lasted more than two years. 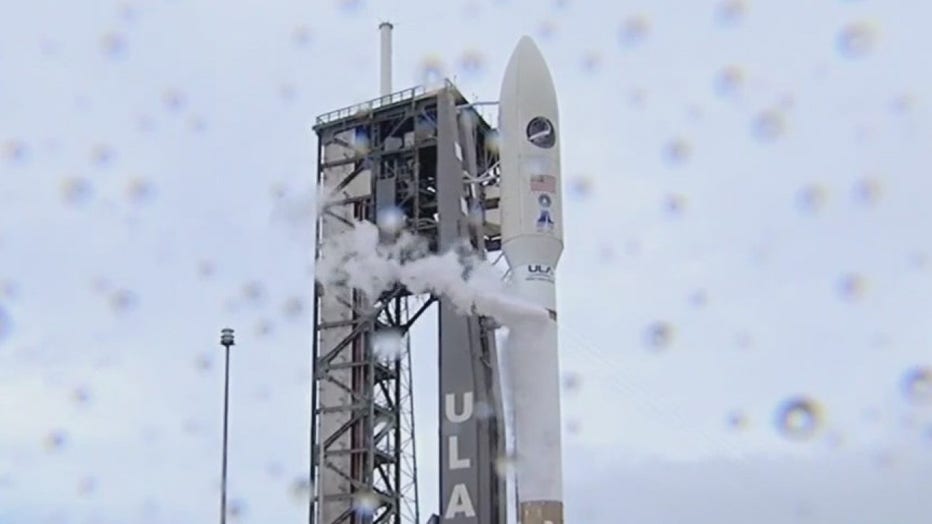 To honor those who lost their lives and those who are still fighting during the pandemic, a written dedication was affixed to the Atlas V rocket. It read, “In memory of COVID-19 victims and tribute to all first responders and frontline workers. America Strong.”

Meanwhile, SpaceX also had a planned launch for Sunday, but has since moved it to Tuesday, also due to weather. It will send up a Falcon 9 rocket from Cape Canaveral, carrying its next batch of Starlink satellites. Liftoff is currently scheduled for 3:10 a.m.

Tune in to FOX 35 News for the latest Central Florida news making headlines.