His day-to-day is already difficult, but made harder by not being allowed to drive. Ostolaza's driver's license was suspended over $293 in unpaid court fees and fines from a 2017 charge.

Azis said Ostolaza is 1 of 1,883 people whose license has been improperly suspended in Sarasota County.

"He is entitled to have his license. His license should not be suspended for failure to pay fines and fees associated with a civil citation that had nothing to do with driving," said Azis.

The ACLU of Florida and Southern Legal Counsel have filed suit against Karen Rushing, the Sarasota Clerk of Court and County Comptroller to try and get relief for those impacted by the suspensions.

"Our underlying allegation is that the clerk of court of Sarasota County is unlawfully suspending drivers licenses for ordinance violations which are non-criminal. They are assessing court costs and fees for cases that are non-criminal. When individuals are not able to pay them, their licenses are being suspended," said Chelsea Dunn, an attorney with Southern Legal Counsel. 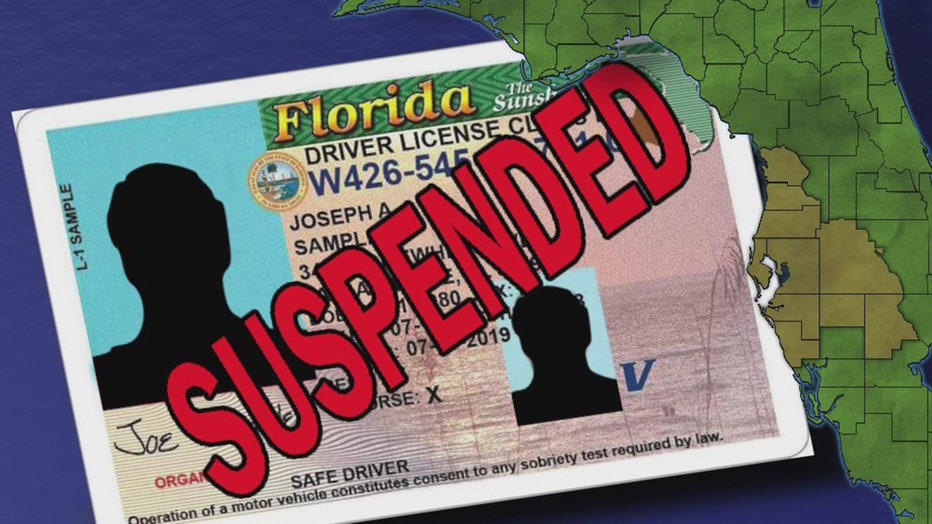 The advocacy groups said a third of those affected are homeless and many depend on being able to drive to make ends meet.

In a statement, Clerk of Court and County Controller Karen Rushing said, "Florida law authorizes the clerk to send notice to the Department of Highway Safety and Motor Vehicles (DHSMV) when a driver does not pay their financial obligations for a criminal offense. Florida law also supports that local ordinances that are punishable by jail time are criminal in nature. The offense in question was for a violation of a local ordinance that is punishable by jail time and is considered criminal in nature. The clerk of court does not have the authority to determine whose license should be suspended. Therefore, in this instance, the clerk met its obligation in sending appropriate notice to the DHSMV of this individual's failure to pay their financial obligation."

Other clerks of courts across the state have made changes to avoid this type of situation; 25 counties lifted suspensions after a 2019 ruling in a Marion County case.

"It's counterintuitive to think that by suspending someone's driver licenses they will be able to pay the fines and court costs that they weren't able to do before," said Azis.