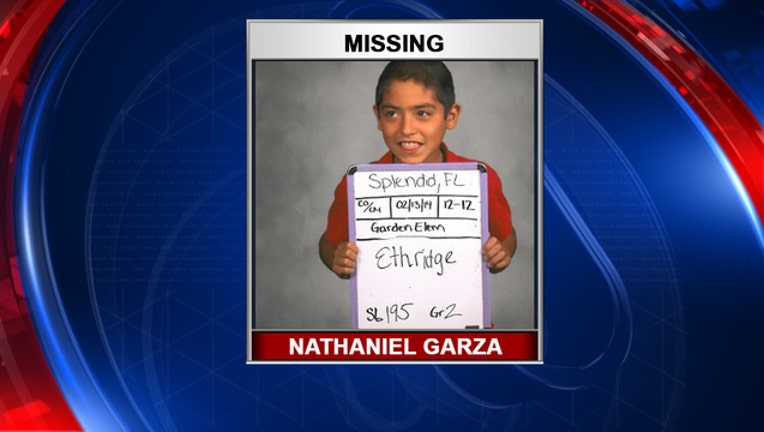 Nathaniel Garza, 11, reported missing out of Manatee County on October 5, 2015.

They announced his return home Tuesday morning, a few hours after alerting the media that he hadn't been seen since late Monday morning.

Deputies are searching for a missing boy out of Manatee County.

The sheriff’s office says 11-year-old Nathaniel Garza was last seen around 11 a.m. in the area of 9th Street West in Bradenton Monday morning by his parents, who say he didn't go to school.

Deputies checked with his friends in the area, but came up empty.

Anyone with information on his whereabouts is asked to contact the Manatee County Sheriff’s Office or 911.