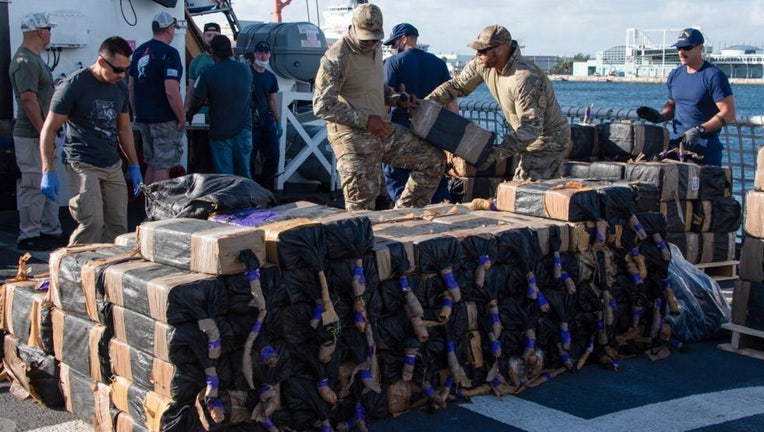 FORT LAUDERDALE, Fla. - The U.S. Coast Guard offloaded 17,000 pounds of cocaine and marijuana in South Florida on Wednesday after seizing the drugs from traffickers at sea.

The crew of the Coast Guard Cutter Vigilant offloaded nearly 12,000 pounds of cocaine and more than 5,000 pounds of marijuana following a 45-day patrol in the Eastern Pacific Ocean.

The drugs, which were seized off the coasts of Mexico, Central and South America, are worth an estimated $236 million, officials said.

The crew apprehended 17 suspected drug traffickers during the operation.