The president's full remarks on the January employment numbers.

WASHINGTON - U.S. job growth blew past expectations in January, as the economy brushed off a record-breaking surge in COVID-19 cases nationwide that threatened to sideline millions of workers and kept many consumers at home.

The Labor Department said in its monthly payroll report released Friday that payrolls in January rose by 467,000, easily topping the 150,000 jobs gain forecast by Refinitiv economists. The unemployment rate, which is calculated based on a separate survey, ticked up slightly to 4%.

The surprise gain comes after the Biden administration spent the week publicly bracing for an ugly report that officials warned could show the economy actually lost jobs last month. But COVID-19 cases have eased in recent weeks, with the seven-day moving average falling to 596,860, down 20% from the prior week, according to the Centers for Disease Control and Prevention.

"We created 467,000 jobs in January. That’s more than 6.6 million jobs since I took office," President Biden tweeted on Friday morning. "2021 was the greatest year of job creation under any president in history."

Economists expect job growth to climb even higher in coming months as the omicron variant recedes from public life. 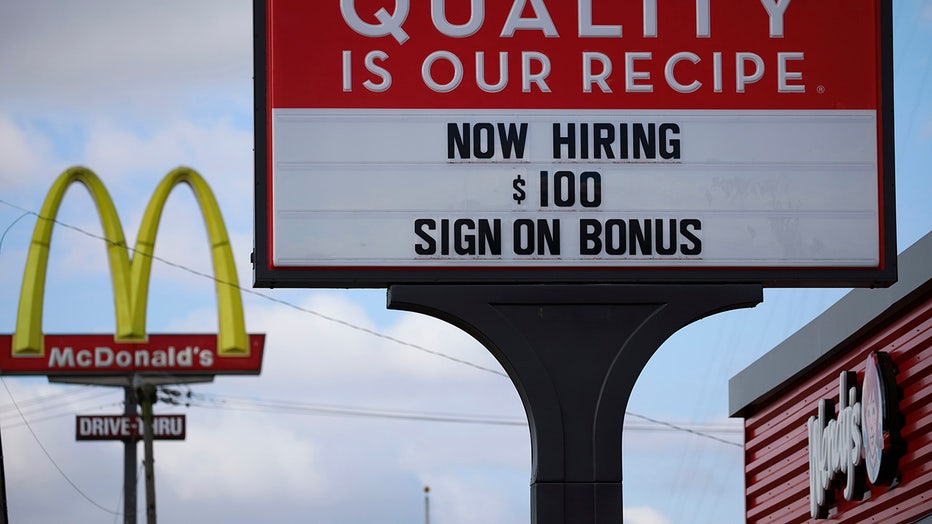 Businesses are eager to onboard new employees and are raising wages in order to attract workers as they confront a labor shortage. There are roughly 10.9 million open jobs – a near-record – while the pace of layoffs has moderate. Friday's payroll report also painted a brighter employment picture in 2021, with major upward revisions to the jobs figure in December (510,000, up from the initially reported 199,000) and November (647,000, up from the initially reported 249,000).

"The job market started off the new year on the right foot with payroll gains, indicating the threat of omicron is sinking into the shadows," said Daniel Zhao, senior Glassdoor economist. "Today’s report signals that the job market recovery is plowing forward, despite omicron headwinds. We remain on track for recovery, even as the pandemic continues on."