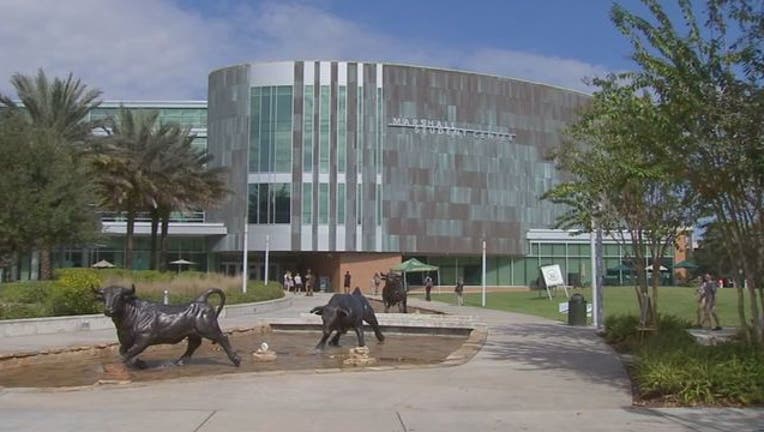 TAMPA (FOX 13) - University of South Florida Police responded to a strong armed robbery on the Tampa campus at around 9:15 p.m. Tuesday night.

The incident occured near the Interdisciplinary Science Building. A female student in her 20s told officers that she was approached by two while males who took her jewelry. She was not injured during the robbery.

The suspects are described as:

In a press release, the USF Police Department included the following safety tips:

A university "MoBull" text message alert was sent shortly after the details of the incident were known. The MoBull Messenger is part of the USF Emergency Notifications System.

The investigation is still ongoing. Anyone with information regarding this incident is asked to contact the USF Police Department at 813-974-2628.