ST. PETERSBURG, Fla. - The University of South Florida sent a big signal Monday. It wants a seat at the table where officials are planning the redevelopment of the land where Tropicana Field sits.

The Tampa Bay Rays lease at the Trop is up in 2027. As the city of St. Pete debates – within its own walls and with the team – over what the future will look like, USF wrote a letter to Mayor Rick Kriseman’s office indicating it wants a research or innovation facility, or maybe a hospital, somewhere in the 86 acres up for grabs.

"We want to be there, either me or representatives of USF to be in the discussions over who is chosen to develop that site," said Dr. Martin Tadlock, Regional Chancellor at USF St. Pete.

Rays president Brian Auld made some news last week while speaking at a Cafe Con Tampa forum, saying the team has concluded it is next to impossible that full season baseball can succeed in Tampa Bay.

Mayor Rick Kriseman currently has it narrowed down to two developers, but he leaves office in January and the task will carry over into the next administration. 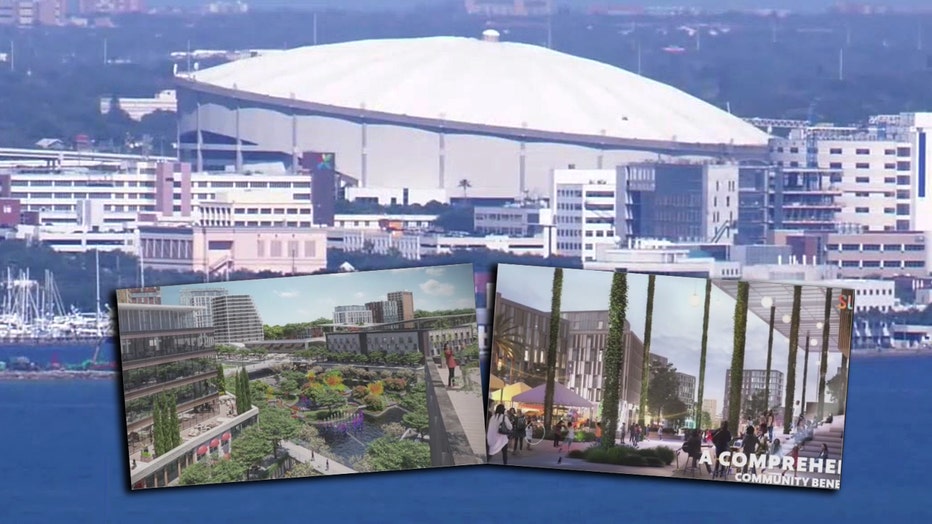 "The redevelopment of the Tropicana Field site has and will continue to involve many stakeholders in our community. As such, Mayor Kriseman was pleased to receive this correspondence from the University of South Florida and sees it as just the latest example of the broad interest in the site and another reason why we must keep moving forward."