VA says heart attack is not an ‘emergency’

DUNEDIN, Fla. - Seven years after Congress passed a law reforming the scandal-plagued Veterans' Healthcare Administration, the VA appears to have made a great deal of progress. The reforms, which increased VA staff and allowed some veterans to receive private medical care, improved access to healthcare for many sick and wounded vets.  But there still many veterans getting caught in a bind.

In February, Gary Smith wasn’t feeling right, but the Vietnam-era Air Force veteran couldn’t say why.  It was during the heart of the pandemic and at the height of mask-wearing and social distancing, when just about everyone was locked down or locked out. Smith says that included the VA.

"If VA could not specifically define what was going on health-wise, they really didn't want people in the facility," he said.

As a back-up for his VA health care, Smith has a Medicare advantage plan, which he used it to visit his Pinellas County cardiologist, who diagnosed the problem on the spot -- even as it was happening.

"He’s sitting here looking at me saying, 'You are having a heart attack right now,'" Smith recalled.

The next thing Smith remembers is waking up in Mease Dunedin Hospital, where doctors installed four stents.

The good news is, the Medicare plan covered much of it. The bad news is that the VA would not pick up any of the rest. 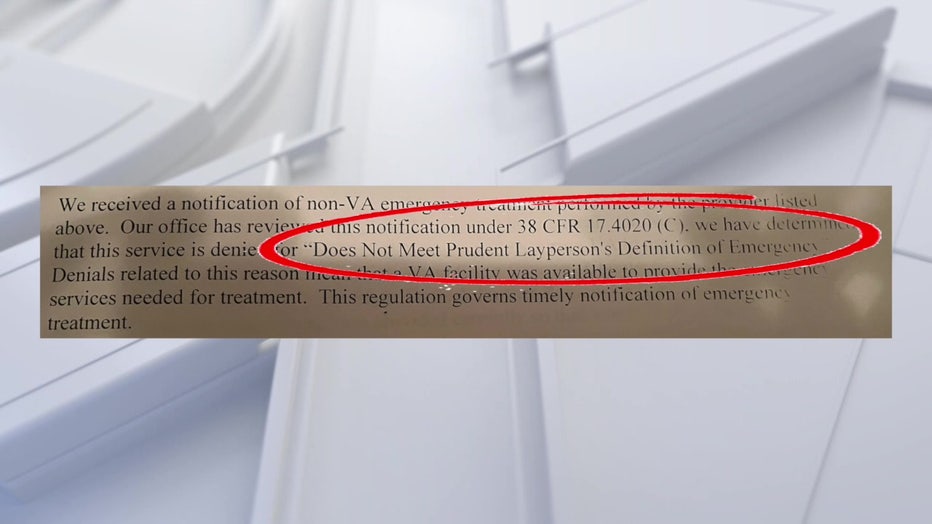 The first bill he got was $600.  The second one was $250.  Smith soon discovered he was caught in a bureaucratic quagmire over the definition of an "emergency" and policies that didn't match up to his situation, at least according to the VA.

First, the VA denied Smith's claim on grounds that what happened to him -- a major heart attack in his doctor's office, during which he passed out -- "does not meet a prudent layperson’s definition of emergency," even though he had a letter from his physician attesting to the fact that it did meet the definition of an emergency.

The VA denial also stated that a VA facility was available to provide the emergency services -- and it notes Smith's failure to give the VA timely notification.

The VA policy states failure to report emergency care to the VA within 72 hours from the start of treatment may impact coverage.

But after passing out from a heart attack in his doctor's office, Smith didn't have much say over where he wound up.  And after waking up in the hospital, he'd be there another three days for procedures and monitoring.

"I wasn’t stabilized until I had four stents and I still needed two more so they kept me in until Monday when they did the last two," Smith told FOX 13. 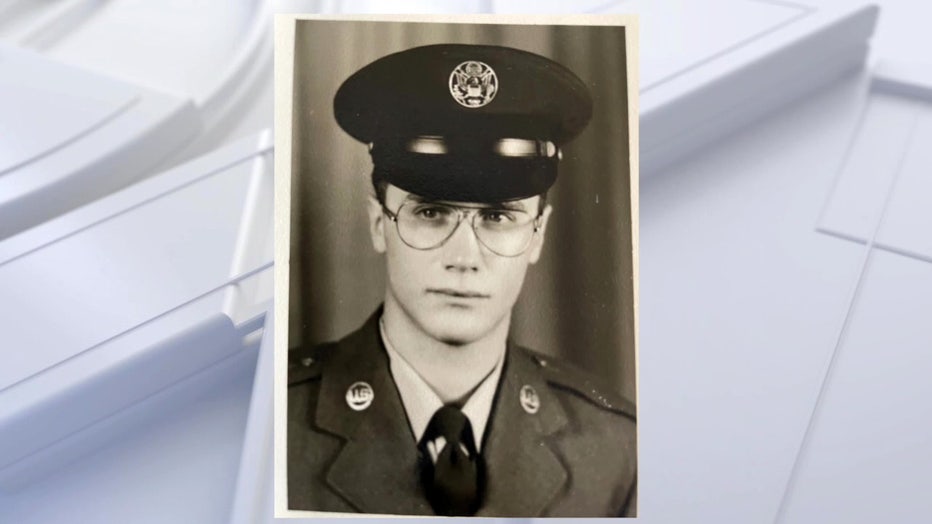 VA policy does state that even if the notification did not occur timely, the emergency treatment may still be eligible for reimbursement.

But not in Gary’s case -- or others around the country. In 2019, a federal appeals court ruled the VA has to reimburse veterans for their emergency care outside the VA. That was a class-action that includes veterans’ claims from 2016 to future claims through 2025.  Pending further review, that may or may not apply to Smith, who lives on a fixed income and cannot afford an $850 medical bill.

"It put me in a bind financially," he said, forcing him to cut back on essentials, like food -- at a time when everything is getting more expensive.

FOX 13 reached out to the VA for comment on Smith's case but have yet to receive a response.

Confessions of a VA scheduler