Lightning survivor back on the field

VALRICO, Fla. - An 11-year-old Valrico boy is back on the lacrosse field five months after he was struck by lightning. He and his family were out on their boat when he was hit and went overboard, but thankfully his dad jumped in, pulled him from the water and immediately began CPR before paramedics arrived.

Levi Stock – an 11-year-old who lives for the game – is now finally getting back to playing.

"I really just had to lay in bed, and I couldn't really run around and stuff, and I like to run," Levi said.

Back on June 30 he and his family were enjoying an afternoon on their boat. They were in the process of docking at the Williams Park Boat Ramp on the Alafia River when a lightning bolt struck Levi. 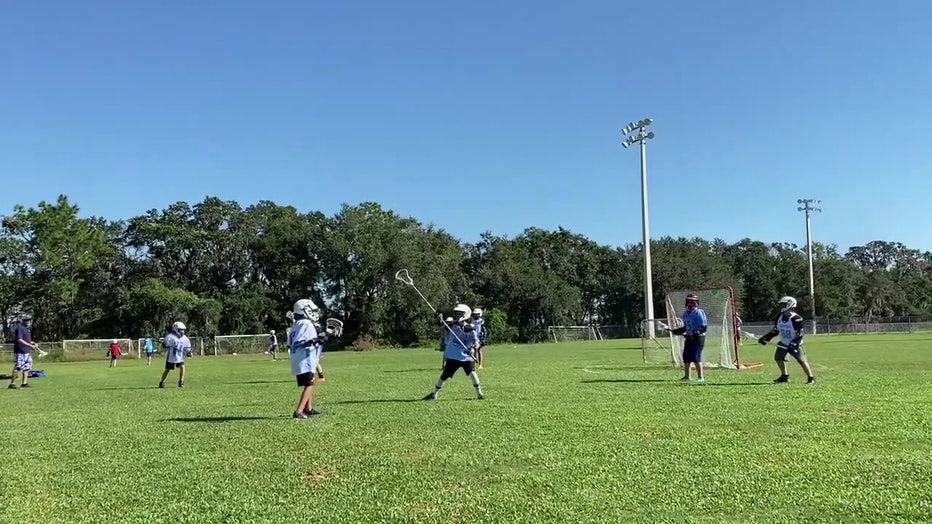 "Thank goodness that I was facing forward, and we were focused on getting to the dock. I saw the strike go through him and then him going to the river and then just jumped in right away," Levi's dad Derek Stock said.

He pulled his son, who was unconscious, out of the water and immediately began CPR which is something he knows from his training working at Tampa Electric.

"His eyes were rolled back, and I could tell he wasn't breathing, so I just started CPR right away," Derek said. "They took us to the beach and got us on shore, and it felt like an eternity, but like she said, it was four minutes and then Hillsborough County Sheriff's showed up and administered an AED."

Levi was rushed to Tampa General Hospital where he spent the next five days. Miraculously, he didn't suffer any permanent brain damage. 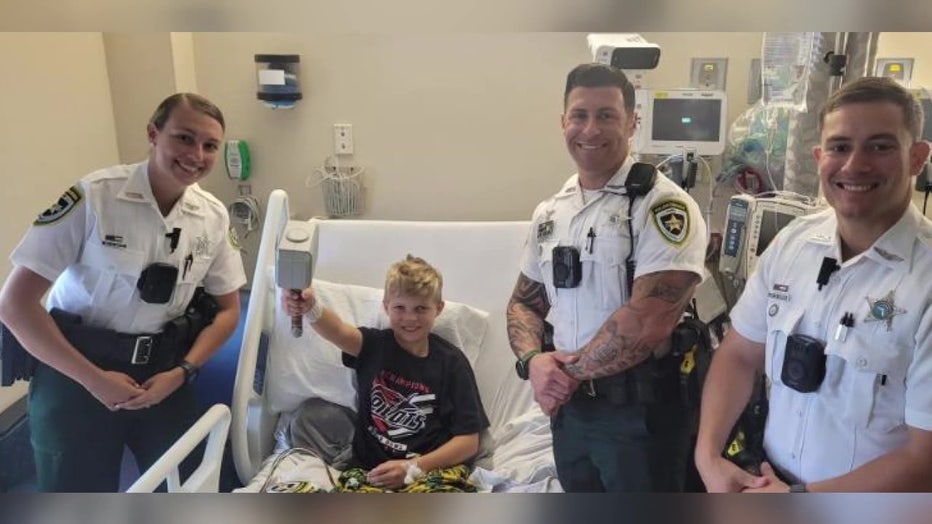 Photos show the lightning strike entered in his lower back went down his leg and exited through his foot avoiding all of his major organs.

It would be months before he could run around again. This month, his mom said he's feeling 95% back to normal.

"He's been able to play lacrosse. It's just building his muscle strength back up and working back up to what he could do before," his mom said.

He's now back to running around with his siblings. His 9-year-old sister Ivy witnessed it all. 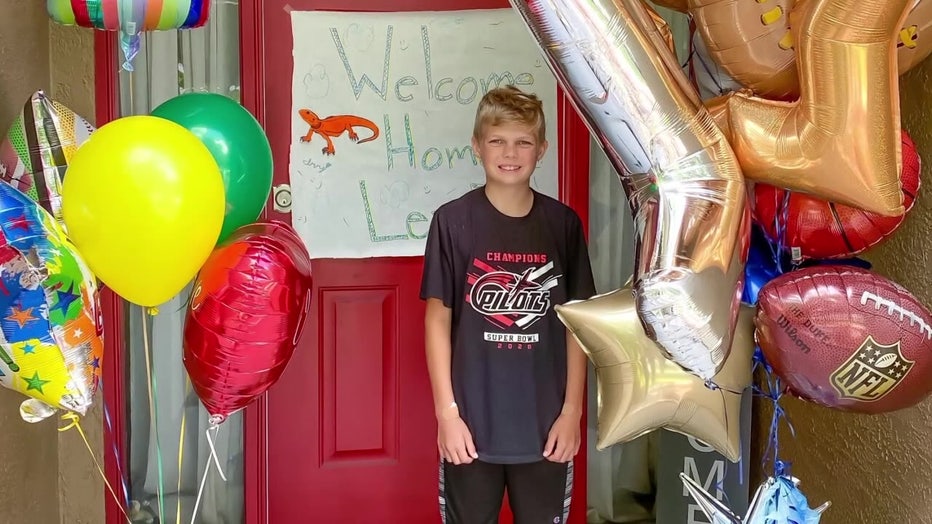 "I remember turning and looking at my dad and him yelling ‘Levi’ and seeing him jump in the water after him and Levi's leg turning black," Ivy said.

She's thankful her big brother is nearly recovered and glad her dad was there to jump in a save him.

Derek now gives PowerPoint presentations on his experience to Tampa Electric employees about what to do in the case of a lightning strike and how to give CPR. The family said the support from the community has been what's helped them make it through the difficult recovery process.

As for Levi, his whole family was there to witness as he took his first steps on the field.

"It was neat to see just how far he came. Watching him run around and play, it's just it's a lot. Very thankful for that," his mom said.