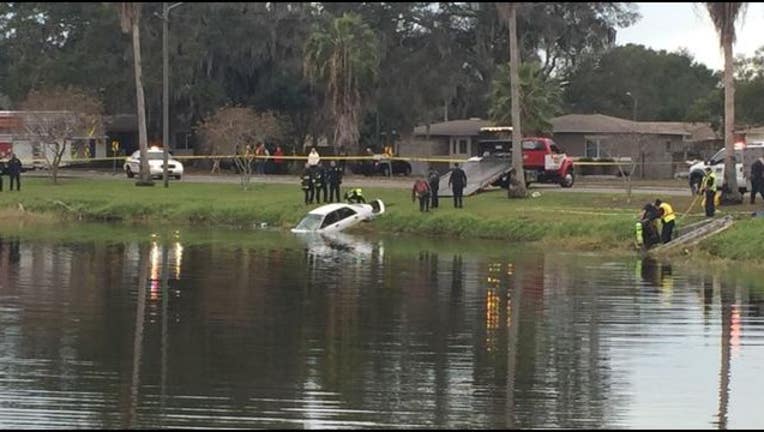 ST. PETERSBURG (FOX 13) - St. Petersburg Police said they have found the owner of a vehicle found in Sheffield Lake Sunday morning. They were called to the lake on 49th Street North near 24th Avenue North around 10:30 a.m.

Police said tire tracks and a knocked down sign led them to believe a vehicle had gone into the water. They said the owner admitted to crashing into the lake early Sunday morning. He was not hurt and got out safely.

However, he is facing charges because he did not report the wreck.

No one else was in the car with the man.