VENICE, Fla. - Venice-based Christian aviation ministry Agape Flights said its ground team in Haiti was safe after its aircraft was destroyed by demonstrators near Les Cayes on Tuesday.

"We don't go because it's easy. We go because we are called to be there," said Abby Duncan with Agape Flights.

Agape Flights out of Venice, makes trips to Haiti, and they deliver supplies to sustain missionaries and their work.

"We listen. We respond. We deliver, that's our mission," said Duncan.

A crew of seven touched down on Sunday. They were working to rebuild a damaged church during a missionary encouragement trip. On Tuesday, riots broke out.

"It was a misunderstanding. They say that they didn't realize it was a non-profit ministry plane," said Duncan.

On the home page of the non-profit's website was a message that reads:

"Rioting broke out in the Les Cayes, Haiti area today (3/29/22), including the airport. Due to the rioting, Agape’s Chieftain aircraft has been destroyed, but our team on the ground is safe.  We are preparing to bring them back to the U.S. safely. 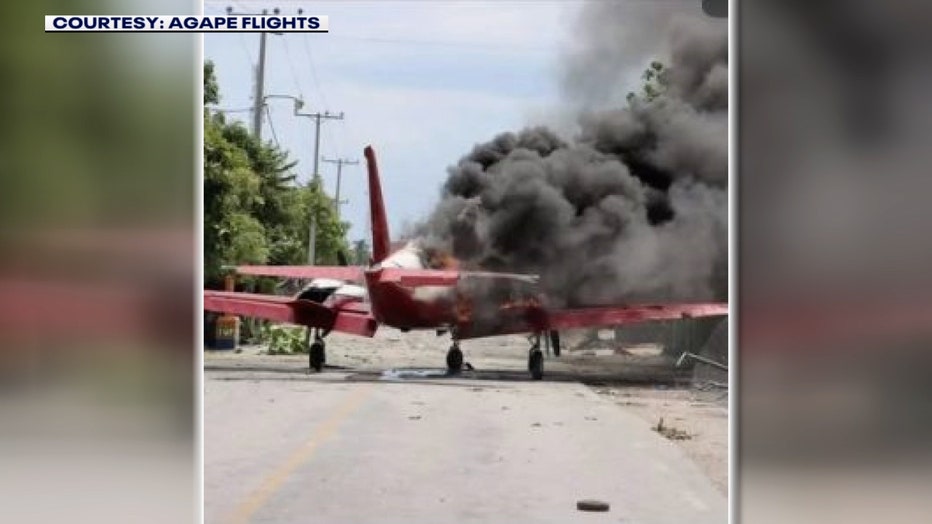 Dramatic photos show the destruction, including flames coming from the plane's windows and cockpit after protestors tore it apart and set it on fire. The group has canceled operations for this week.

"I know one of our ministries that lives nearby got on the radio, they have connections in Les Cayes and set the record straight," said Duncan.

Back in Venice, volunteers and staff like Abby Duncan received the news, first and alerted their crew in Haiti.

"It's devastating. It is, but we have to keep in mind our name and our mission is Agape. It’s God’s unconditional love," she said.

Organizers believe the demonstrators mistook their plane for that of a politician. The violence broke out during a day of protests in Haiti against rising insecurity, with demonstrators calling for an end to gang-related kidnappings. 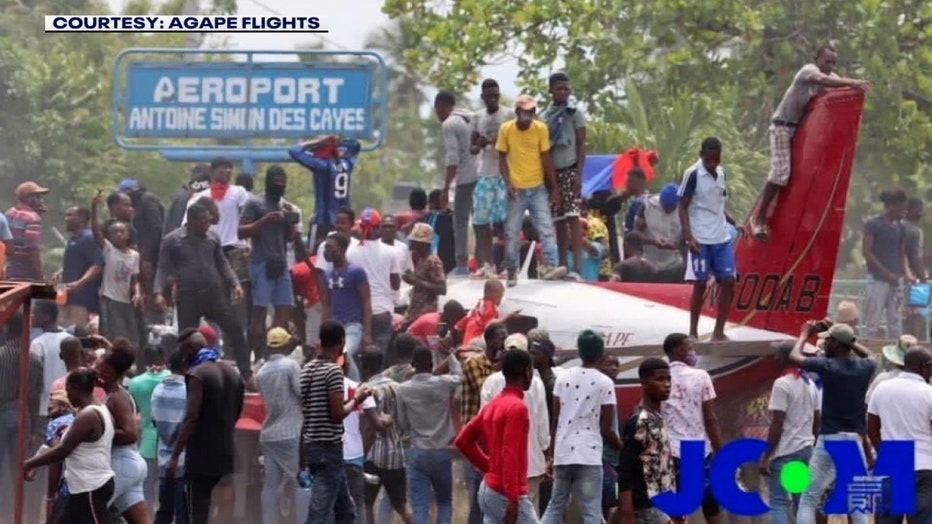 Tuesday marked the 35th anniversary of Haiti's 1987 constitution. There is growing anger over the surge in kidnappings and other gang-related crimes. Haitians are demanding the prime minister take action to address the problems.

Agape's Chieftan aircraft had arrived Sunday with a team of humanitarian aid workers who were helping the region recover from last August's devastating magnitude 7.2 earthquake that left more than two thousand people dead.

This week's flight has been canceled. As soon as the crew comes home, their work will not stop.

"To think that we have never been through anything or trials or anything, we have. In 42 years, God has sustained us, and we don’t see this being any different," said Duncan.

It's a calling to help the people of a country devastated by earthquakes, floods and political instability for generations.

"It is a tool. We are so thankful our team is safe. No flesh and blood was hurt. An aircraft can be replaced even though it’s devastating, but flesh can not. We are thankful and continuing to pray for the safe return," said Duncan.

For more information on help Agape is working to replace their plane visit: https://www.agapeflights.com/