Police said the duo rescued the driver, the only occupant, from inside the vehicle. According to the driver, she was trapped inside the partially-submerged vehicle since 10 p.m. last night.&nbsp;

VENICE, Fla. - A driver spent the night trapped inside her partially-submerged vehicle in Venice, only escaping because two good Samaritans -- a paddleboarder and kayaker -- wanted to head out on the water following morning.

Venice police said first responders headed to Higel Boat Ramp after receiving a report about the flooded vehicle. It turned out the two good Samaritans, Ed Coster and Rob Goodman, came across the vehicle first, and called 911.

Coster is a retired firefighter from New York and Goodman is a former reserve deputy from Wapello County in Iowa. Both were strangers before Thursday, and both deny being heroes. 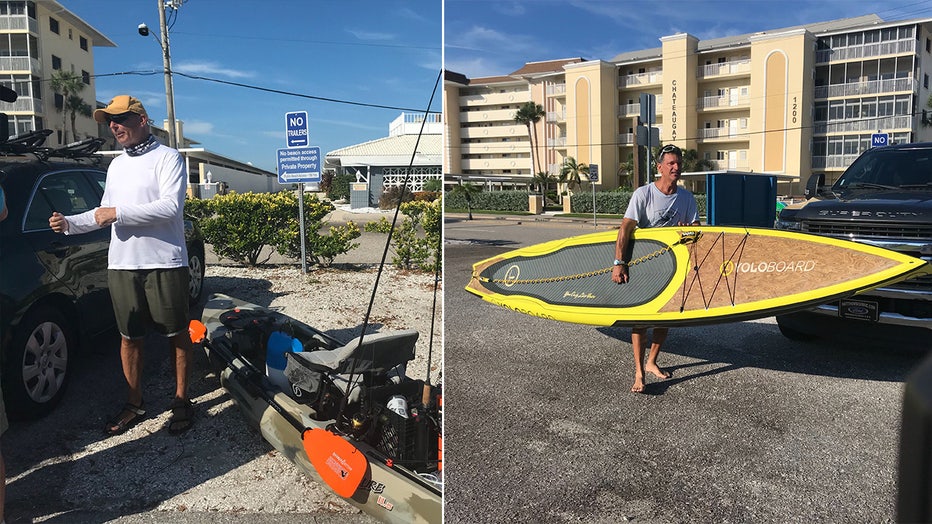 Rob Goodman, the kayaker and former reserve deputy from Iowa, is pictured on the left. On the right is Ed Coster, a paddleboarder and retired New York firefighter. (FOX 13 News)

Police said the duo rescued the driver, the only occupant, from inside the hatchback. According to the driver, she was trapped inside the partially-submerged vehicle since 10 p.m. last night.

Police said she was confused as to where she was, became disoriented, and ended up driving into the water.

Officials said her vehicle was floating around most of the night, until it got stuck -- and that's when the kayaker found her. It was submerged just enough to where she couldn't open the doors.

Venice police said the driver seemed to be OK.

“We are pleased to see a happy ending to such a potentially tragic situation,” police said in a Facebook post. 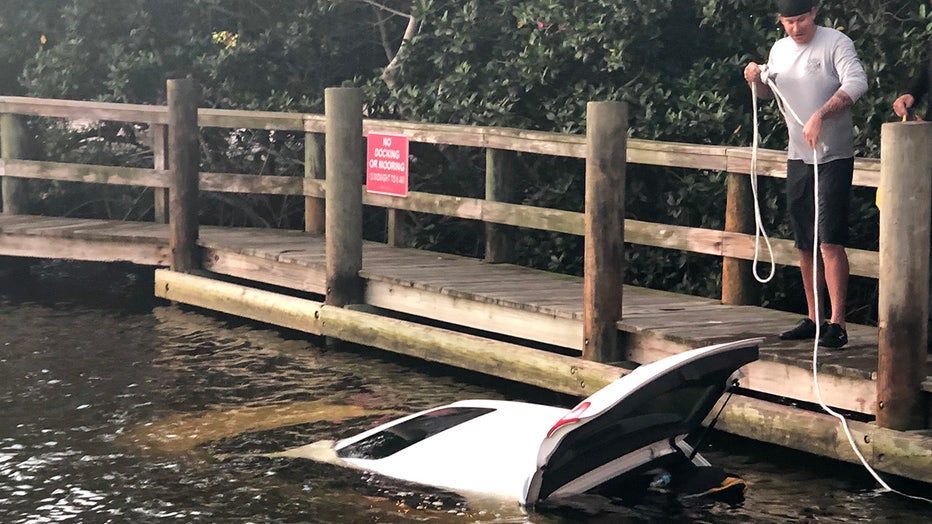 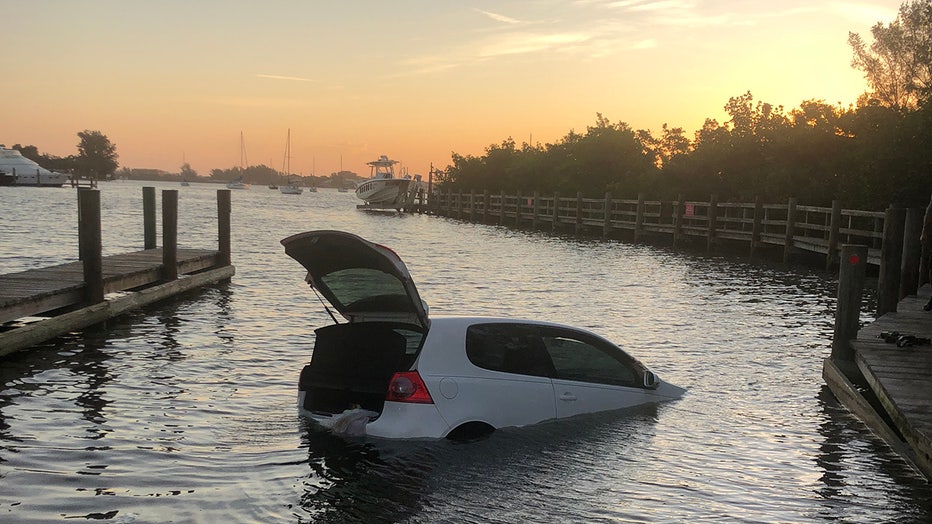 Editor's Note: In an earlier version of this report, police described the driver as a homeless woman. This version of the story has been updated.