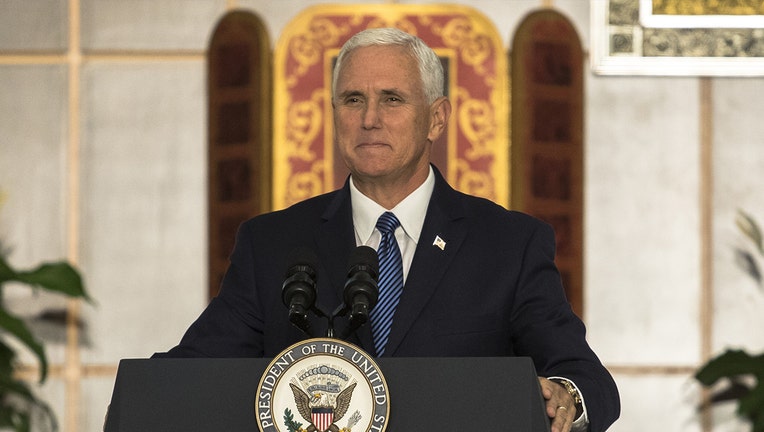 Vice President of the United States, Mike Pence addresses to members of the Venezuelan exile community at Our Lady of Guadalupe Church in Miami Beach, USA on August 23, 2017. (Photo by Raul E. Diego/Anadolu Agency/Getty Images)

SANIBEL ISLAND, Fla. - The laid-back atmosphere and sandy shores of Sanibel Island in Florida is a destination for many -- even one certain vice president.

Mike Pence is expected to begin his vacation on the Lee Count island on Tuesday. He's been visiting the area for 30 years -- long before he got to the White House.

According to WINK, flight restrictions at RSW Airport begins at 5:15 p.m. Those living on the island say the roads are blocked off an hour before and after Pence arrives.

“When he was governor, he came here, and he didn’t have any Secret Service with him of course,” said Matt Asen, owner of The Sanibel Owner. “And then he came back here a couple of years ago as vice president with the Secret Service, and they wand people at the doors. They had people watching us cook the food, so we don’t poison him or whatever they think we’re gonna do, and it’s kind of a big production.”

Asen told WINK that the vice president's visit is good for business.

“Of course, with the election, I don’t know if he’s in a good mood or not,” Asen said. “We’ll make room for him and take good care of him and his wife.”