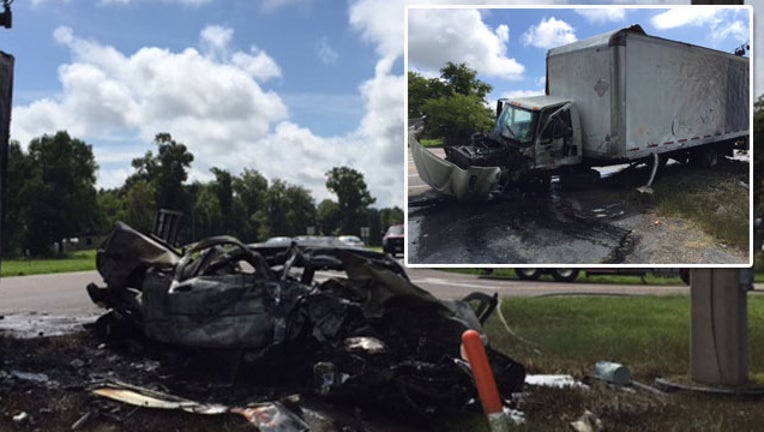 The identities of four of the five men who died in a fiery crash in Hernando County were released Wednesday.

Florida Highway Patrol troopers said the pickup truck they were riding in collided with a box truck and caught fire Monday morning at the intersection of Citrus Way and Ponce De Leon Blvd.

Troopers said the box truck failed to stop at the intersection, which has stop signs and flashing red stop lights.

Two people in the box truck were transported to the hospital, one of them in serious condition.

All five people in the pickup truck died. It took authorities several days to identify them because of the extent of their burn injuries.

They were identified as Apolinar Nunez, 49, and Jose Gomez, 53, both of Winter Haven, Santos Vega, 47, of Bartow, and Guillermo Chavez, 24, of Plant City. A fifth man from Bartow has been identified but his identity has not yet been released pending notification of next of kin.

The box truck was contracted to do deliveries for Sears. The pickup truck was carrying employees for an electrical company out of Winter Haven, which released a statement: