According to investigators, the shooting happened around noon inside Sullivan's Boulevard Lounge on Grand Boulevard in downtown New Port Richey.

In the video, you can see the man, 56-year-old Guy Able holding what appears to be a gun moments before he's shot and killed.

Police say the man was acting erratic and threatening to shoot people coming inside the bar. That got the attention of bar staff who called officers.

In the video, you can see the suspect walk toward the front door of the bar, and then walk back. You can see his hands fumbling around in the pockets of his hoodie. 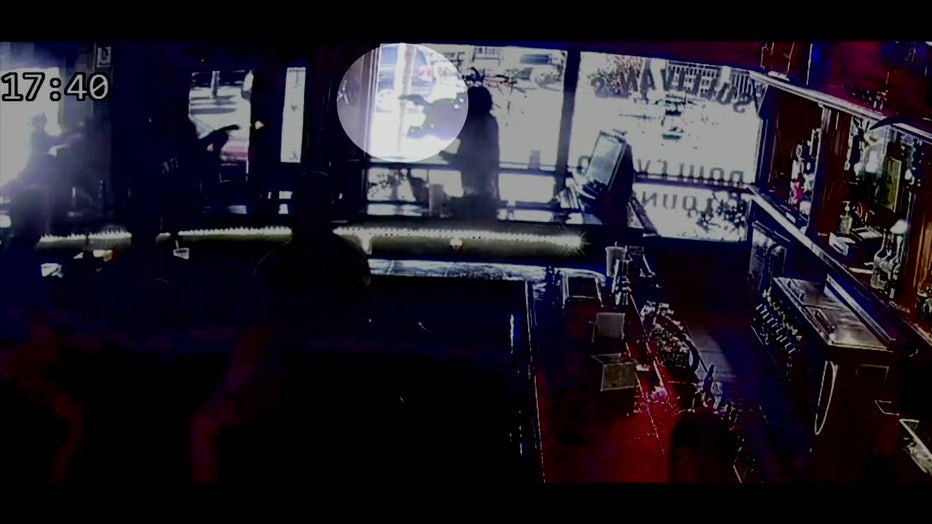 Two officers can then be seen walking into the bar. Police say one officer drew his weapon after he saw the suspect holding a gun. Moments later you can see the suspect point the object toward the officers before. Then the man is shot.

"This is very much out of the ordinary. This is a very nice community. Normally, this is a very quiet [place]. Even this lounge is a very quiet lounge with people who live in the neighborhood who frequent it," said New Port Richey Police Chief Kim Bogart, who spoke to FOX 13 the day of the shooting, on November 3. "The officers are doing fine given the circumstances. It's very traumatic to be involved in a situation like this, but we've also taken measures to assist."

The chief tells FOX 13, for the sake of complete transparency, he has handed over the investigation to the Florida Department of Law Enforcement.

Those who work at Sullivan's Boulevard Lounge said they are thankful no one else was injured.