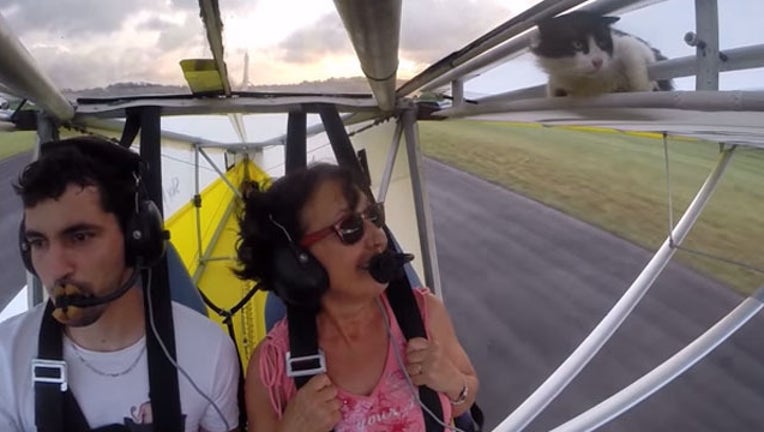 A stowaway kitty landed with at least eight of his lives still intact after clinging to the wing of a glider plane while it was in flight.

It happened in South America.

The cat appears on the video shortly after takeoff and you can see the moment the pilot notices the cat after it climbs out onto the wing.

The cat hangs on for dear life until the pilot lands the plane. Thankfully, the cat was not hurt.