LAKELAND, Fla. - A violinist and the crew at a music studio in Lakeland were recently called upon to create music for a top-secret project. They were finally told what it was all about on July 24, 2020 -- mere hours before the rest of the world hit play on "Folklore," the eighth studio album by superstar singer-songwriter Taylor Swift.

"It's a very personal thing to release part of your soul out to the world," said Michael Williams, an engineer at Sound House Studios in Lakeland.

Song lyrics tell tales of love, loss, lessons, and life. Sometimes, the creation of the song is a story, itself.

"We just stepped into the moment. That's what it was," said Sound House producer and owner Jonathan Gautier.

One such story began at Gautier's shop on South Florida Avenue. They do a little bit of everything, from jam sessions to church productions.

"We work a lot with bands, singer-songwriters... voiceovers, audiobooks. We try really really hard to make sure that while you're here, that it just feels like you're in somebody's home," Gautier said.

But a recording session in May, in hindsight, was something quite different. They just didn't know it at the time.

One of Sound House's clients, Bobby Hawk asked if he could book some time to work on a mystery project for producer Jack Antonoff. He spent an hour in the studio with his violin and the music he was assigned. 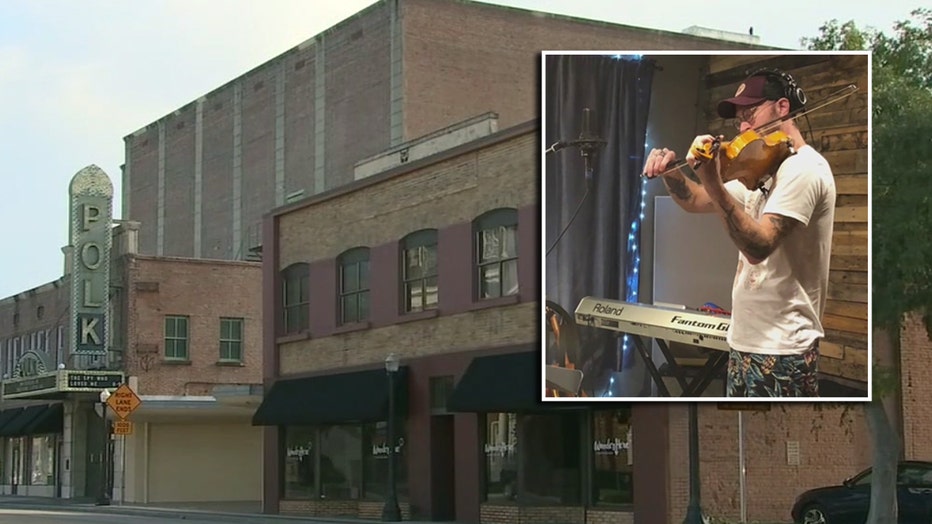 Hawk laughs when he recalls "the mysterious project." He lives in New York, but was visiting family in Winter Haven when the pandemic struck; not a good time to fly back for a studio session, so he stayed in Polk County.

Describing the project file, Williams recalled, "it just came to us and said 'For Rob. Project X.' And it was just a MIDI string file."

Hawk was instructed to play the music file using a real violin. They recorded, sent the file, weeks went by, and they waited on the final product.

"The engineer on the record, she sent me a message on the day of the release and that's when I finally found out what was going on," Hawk said.

They learned that violin recording was now part of the track, "August," on Taylor Swift's surprise eighth album.

"It's like, 'Oh my gosh, we're on a Taylor Swift album!'" Gautier exclaimed.

"I remember sitting down in the car listening to 'August'," Hawk said. "Hearing it in the context of everything, I was on the verge of tears, too. Just hearing it all come together, I'm like, 'Wow, this is what it was.'" 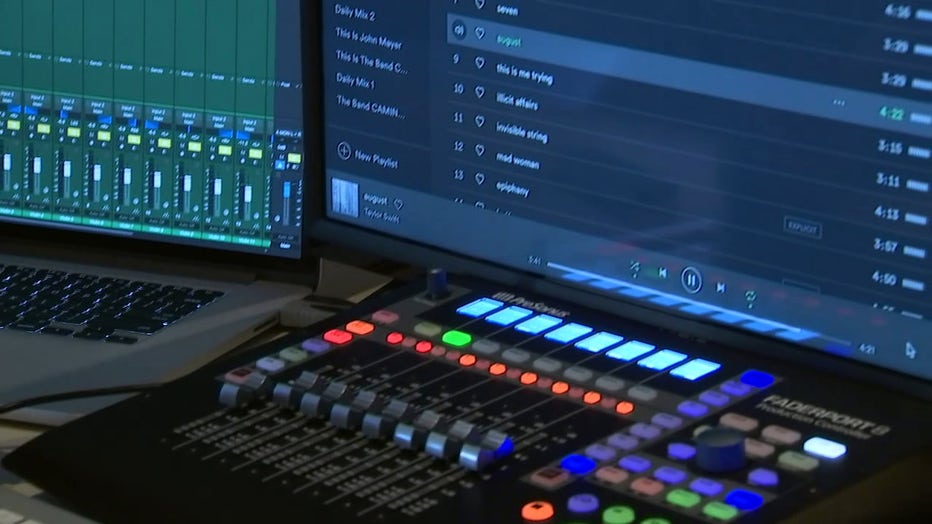 "Folklore" debuted at number one on Billboard. For Sound House, it was an unexpected opportunity to share a bit of Lakeland with the world, and some beautiful music at a time it's needed more than ever.

"It's still wild. It's crazy to comprehend," Williams said.

"This -- the Taylor Swift thing -- is the first pretty major thing and we didn't even know about it," laughed Gautier.

At the same time, he remains humbled by the chance to be a part of something so big.

"It only takes one thing to work out but it's also all the hard work it took to get to that moment," Gautier reflected.

Bobby Hawk's violin music is featured on a few other tracks on Swift's new album, including "My Tears Ricochet" and "This is Me Trying."

And the crew at Sound House wants previous, current, and future customers to know -- you don't have to be on a major record label to come in for a session.