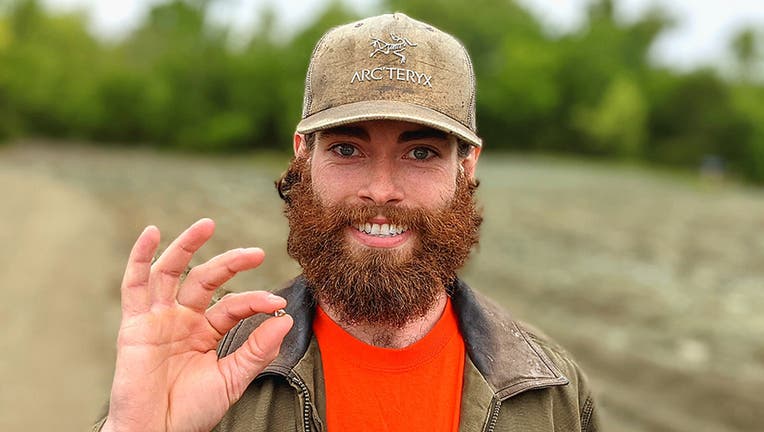 MURFREESBORO, Ark. - Since he was in eighth grade, Christian Linden has wanted to make his own engagement ring using gold and gemstones he mined himself.

Recently, Linden, now 26, reached a huge milestone on the project.

While mining at Arkansas’s Crater of Diamonds State Park earlier this month, Linden, from Poulsbo, Washington, found a 2.20-carat yellow diamond, the largest diamond found at the park since last October, according to a release from Arkansas State Parks.

Before searching for the gemstones, Linden spent five years panning for gold around Washington, the release said.

Once he had enough gold for the engagement ring, he took a cross-country journey to Arkansas to mine gemstones, using equipment he and a friend made themselves and tested in Montana along the way.

COUPLE GETS MARRIED ON FLIGHT, GETS IN TROUBLE FOR BREAKING COVID REGULATIONS

Linden and his friend spent three days at the Crater of Diamonds State Park wet sifting for gemstones when he saw the yellow diamond. 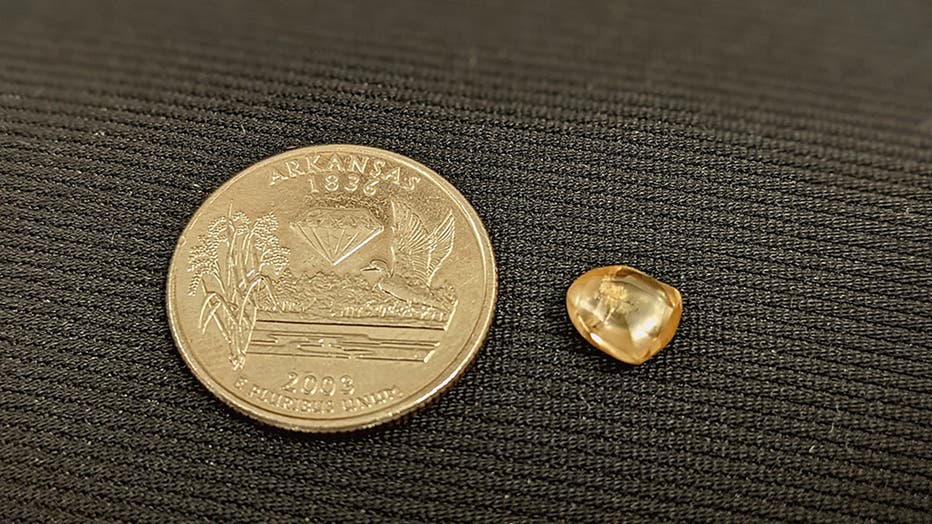 Linden plans to use the diamond as the main stone in an engagement ring, made with only gemstones and gold he mined himself. (Arkansas State Parks)

"I saw it shining as soon as I turned the screen over and immediately knew it was a diamond," Linden said, according to the release. "I was shaking so bad, I asked my buddy to grab it out of the gravel for me!"

Park officials later confirmed that it was a large, yellow diamond.

Dru Edmonds, the assistant superintendent of the park, described the stone as "light yellow, with a triangular shape and a sparkling, metallic luster."

"Like most diamonds from the park, it contains a few inclusions, making it one-of-a-kind," Edmonds said in the release.

As for Linden, he was surprised to find such a large stone.

"I was just hoping to find a couple smaller stones and had planned to buy a center stone later, but that won’t be needed now," he said.

According to the release, Linden plans to head to Nevada next to mine for opals.

Even though he’ll have all the elements, he said he won’t design the engagement ring until he proposes so he and his fiancee can design it together.

According to the release, people who find large diamonds at the Crater of Diamonds State Park get them registered and are able to name them.

Linden chose to name his "Washington Sunshine," "because it’s got a nice, light yellow color, just like the sunlight in Washington," he said.

Washington Sunshine is just one of 121 diamonds that have been registered at Crater of Diamonds State Park this year, according to the release.