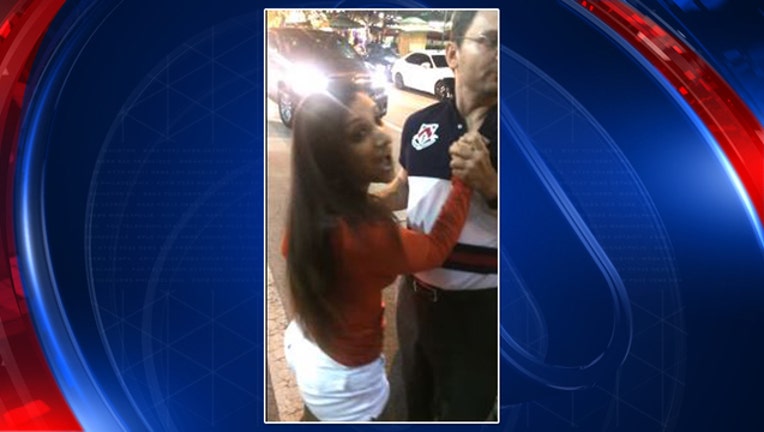 MIAMI (FOX 13) - A doctor at a Miami hospital is in danger of losing her job after video surfaced this week of her going on a profanity-laced rant and punching a Uber driver who wouldn’t give her a ride.

“Jackson has launched an internal investigation,“ the hospital said, according to the station. “The outcome of the investigation will determine if any disciplinary action will be taken, up to, and incluiding termination.”

On the video Ramkissoon, wearing white shorts and an orange shirt, slaps the Uber driver and kicks him in the groin.