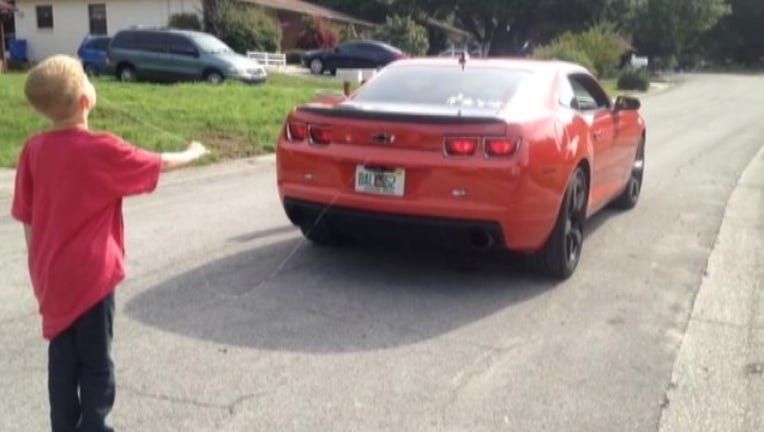 April Fools in Florida brings a lot of strange things, but this video is no hoax.

Tampa man Robert Abercrombie, aka Rob Venomous in his professional wrestling life, is going viral after posting video of his unusual tooth-pulling method.

He used his Chevy Camaro.

Abercrombie told FOX 13 on Wednesday morning that he was looking for a new way to pull his son's second tooth. Jason is 8 years old and was excited about the idea.

The uneasy video starts with Abercrombie revving his engine in front his home before he hits the accelerator, pulling the tooth with ease.

Robert said it all went smoothly.

Now, he said he's getting calls from all over the country and messages online from companies who want to license the video.