CLEARWATER (FOX 13) - The Tampa Bay area is in for a busy couple of days of severe weather, which could include everything from flooding to high winds to isolated tornadoes.

Wednesday, in the cool drizzle, boaters at Clearwater Harbor Marina stopped by to secure their vessels. "We just tied it down better and just closed all the hatches and that's about it, it's usually made for this," said Omar Abas.

Thursday is forecast to bring possible severe thunderstorms, heavy rain, the potential for flooding and even isolated tornadoes. But by Friday, FOX 13 Chief Meteorologist Paul Dellegatto calls for up to 50-mile-per-hour winds, with high surf and beach erosion likely.

This storm comes as a record-setting six million Floridians are expected to travel for the holidays, 90 percent by car. In fact, Thursday, in the midst of the heaviest rain, AAA predicts Florida roads will be at their busiest.

“It’s going to be very busy at the airports and very congested on the roadways," said AAA spokesman W. D. Williams. "So, allow yourself considerably more time than you would during any other time of the year.”

In addition to slick roads, you'll want to take those wind gusts seriously. Just like you'd bring lawn chairs and other outdoor items inside for a tropical storm, remember to tie down holiday decorations that could become projectiles. Meanwhile, boaters are advised to stay off the water until the weekend.

"I wasn't expecting there would be a storm so I have no other place to go, so, I am just going to hang out here," said Abas who will spend a few days docked at the marina.

Coming from 30-degree temperatures in Ohio, he isn't complaining. "I love the weather here," Abas said.

As for visiting boaters Richard Clements and Colette Roberts, they were hoping to find much warmer weather in Florida.

"We have weather like this in Ireland so we are disappointed," Clements said. "We came for the sunshine and so far, it hasn't happened." 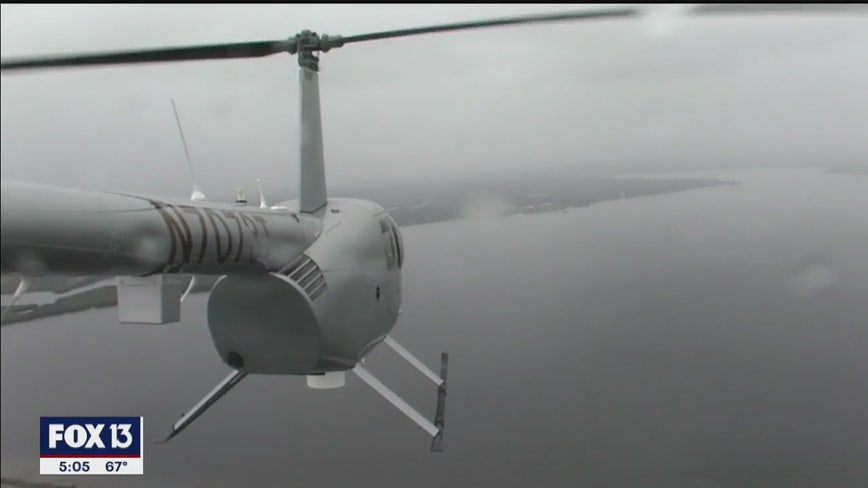