A judge said it will be at least two weeks before he can take a look at the Warren v. DeSantis case after both sides argued their stance for three days in Tallahassee, but it’s likely that the loser will appeal the decision.

TALLAHASSEE, Fla. - It's a word that the Florida governor has used multiple times, even naming a piece of legislation after it and describing Sunshine State as the place where "woke goes to die." But what does that word mean?

Last week, the legal fight for Andrew Warren – the twice-elected Hillsborough state attorney who was suspended by Gov. Ron DeSantis earlier this year – reached the inside of the courtroom as he argued for his job back.

On August 4, the governor suspended Warren for incompetence and neglect of duty. The governor pointed to two pledges Warren had signed not to prosecute abortion and gender-affirming cases. DeSantis, at the time, criticized Warren's "woke" politics.

In response, Warren noted, "The governor’s order is just based on pure conjecture and lies about what he thinks I’m going to do with cases that haven’t even come before me yet."

During the testimony, Warren's attorney, Jean-Jacques Cabou asked those within DeSantis' administration what "woke" meant to them. 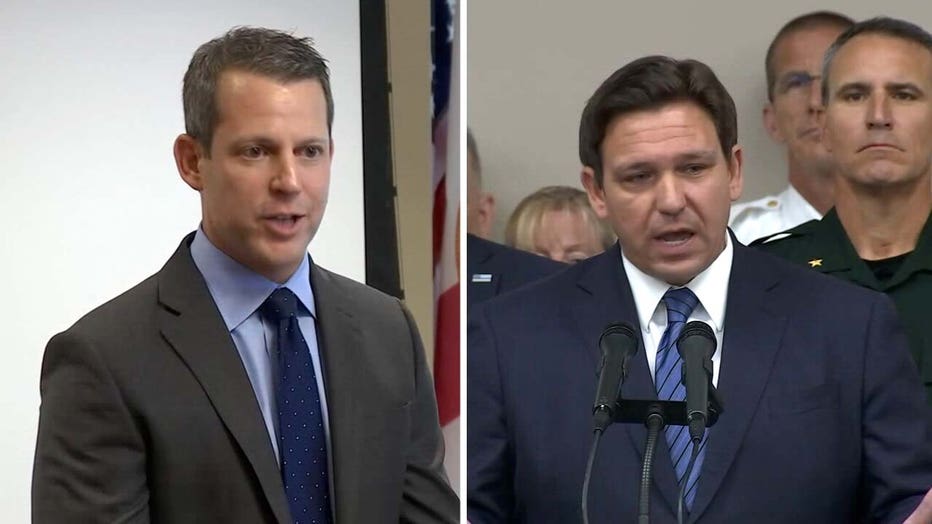 "To me, it means someone who believes that there are systemic injustices in the criminal justice system, and on that basis they can decline to fully enforce and uphold the law," Newman said, according to Florida Politics.

The trial wrapped up Thursday evening. U.S. Federal Judge Robert Hinkle said he will begin reviewing the case in two weeks, the earliest his schedule would allow. The loser of Hinkle’s ruling will likely appeal the decision to the Eleventh district court of appeals in Georgia.

If the governor wins his appeal and they uphold Warren’s suspension that would be the end of the road for Warren's legal battle.

However, if Warren wins, he will be reinstated immediately and the acting state attorney, Suzy Lopez, appointed by the governor, will have to step aside.

Acting Hillsborough State Attorney Susan Lopez has been serving in the role appointed to her by Florida Governor Ron DeSantis. She maintained that her office has operated independently from day one as the legal showdown between suspended State Attorney Andrew Warren and the governor continues to play out in Tallahassee.

Once Hinkle rules, it’s expected he will issue a "stay" and put his decision on hold to give both sides time to appeal.