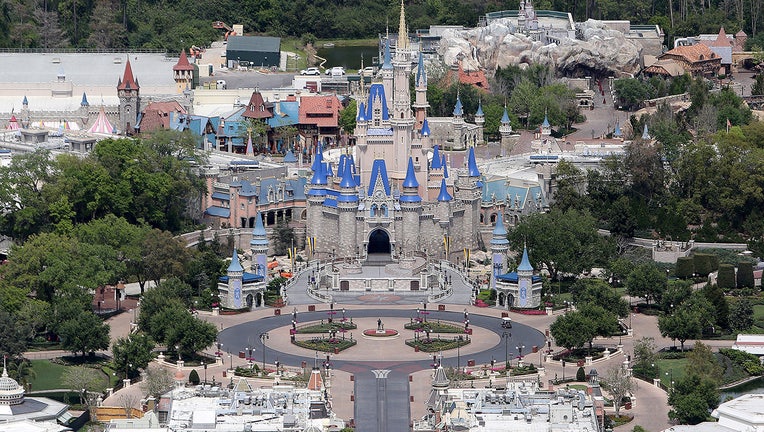 Walt Disney World remains closed to the public due to the Coronavirus threat on March 23, 2020 in Orlando, Florida. (Photo by Alex Menendez/Getty Images)

No timelines have been set to reopen the state’s economically critical theme parks, their accompanying resorts and TV production studios. However, Universal Orlando Resort CEO John Sprouls said Wednesday that planning is underway for when the gates open, with workers and possibly guests expected to be screened when entering the facilities, which closed in mid-March.

“We're not sure yet how we're going to do that, but we're looking for help from health officials to help us figure out what might be an appropriate protocol to try to minimize the possibility of any sick guests entering the parks,” Sprouls told fellow members of a working group focused on the tourism and retail industries as part of Gov. Ron DeSantis’ Re-Open Florida Task Force.

The task force’s executive committee is expected to make recommendations to DeSantis by the end of the week about ways to reopen the state’s economy. On Tuesday, the working group discussed the need for enhanced hygiene measures for workers at hotels and restaurants, measures that could also carry into aspects of theme parks. 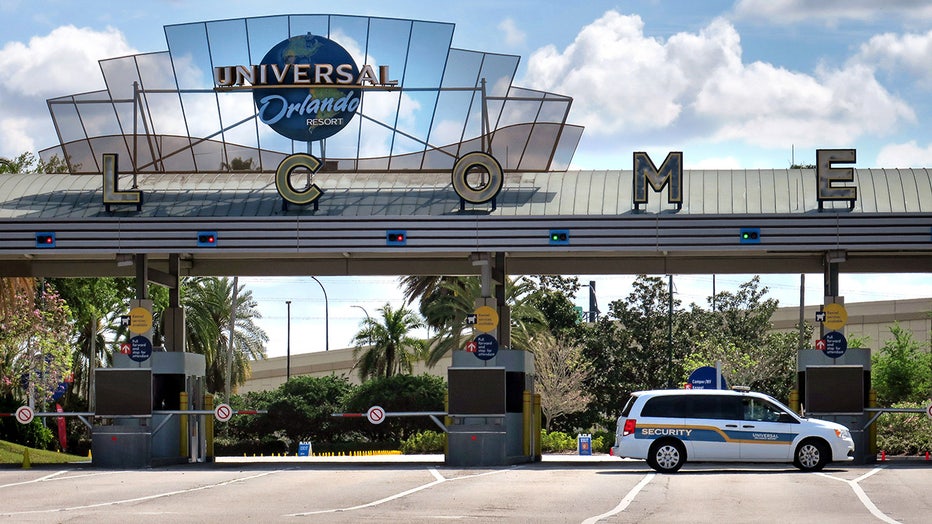 Sprouls, also the vice president of Universal Parks & Resorts, said even with steps such as enhanced cleaning, checking temperatures and observations by onsite medical personnel, guests will need to be confident that the facilities are safe.

“If they don't feel safe, they won't attend,” Sprouls said.

To help improve the feel of safety and to get guests used to staying six feet apart to reduce the spread of the coronavirus, expect parks to limit attendance when they reopen.

“We would be capping attendance to make sure we could create a maximum amount of social distancing,” Sprouls said. “And then, as we gained confidence in those practices and procedures that we're employing, and as we learned from what we're doing, we would gradually see that attendance rise.”

Waiting for people to feel safe is part of why UBS Wall Street analyst John Hodulik downgraded Walt Disney stock and went against predictions of a summer reopening by forecasting that the company’s theme parks would remain closed until early next year.

This time of year -- spring break, Easter, the pre-summer season -- would mean packed beaches up and down Florida's west coast, but this year, nature is getting a break.

“While officials at the federal and state level are working on ‘opening’ the economy, we expect it to happen in stages, with stadiums and theme parks low on the list,” Hodulik wrote.

Disney has been working with the state’s unemployment system to download a list of furloughed employees as it stopped paying more than 100,000 workers on Monday.

Meanwhile, the task force’s tourism working group was also advised Wednesday that professional sports are most likely to reopen in empty venues and potentially could require cashless transactions as fans return.

Matthew Caldwell, president and CEO of the National Hockey League’s Florida Panthers, liked the “virtual” lines idea by Universal, in which people can use cell phone apps to reserve times for rides. However, he said such a concept might be more difficult involving concession lines in arenas with 20,000 people.

What would it take to reopen Florida?

“We have a certain time when the game starts, and then there's certain rushes to the food and beverage stands in between admissions and periods,” Caldwell said. “But we're looking at everything. We're looking at doing cashless arenas next year. There's only a few sports platforms that do that right now, but we're really digging in hard to just limit touchpoints as much as possible.”

Caldwell said the goals of the NHL and the National Basketball Association are to finish the seasons that were shut down last month.

Games may be held on neutral sites and with no or limited fans.

Any restart would require mini-training camps that would push the start into July if players can get back together in June, Caldwell said.

Major League Baseball has also considered several scenarios to return to the field, including a proposal that would have the 15 teams that train in Florida play games without fans at spring-training stadiums.