BRANDON, Fla. - Two former employees are now owners of the historic restaurant they worked at as teens. How they are keeping the legacy alive at Fat Willie's Fish Camp is what's right with Tampa Bay.

For Christian Pate and Roy Mireles, it seems like deja vu being back in the kitchen at Fat Willie's Fish Camp Restaurant in Valrico.

"21 years ago, we were doing this," Pate said. "I was five years old, was around this restaurant when they first opened it." 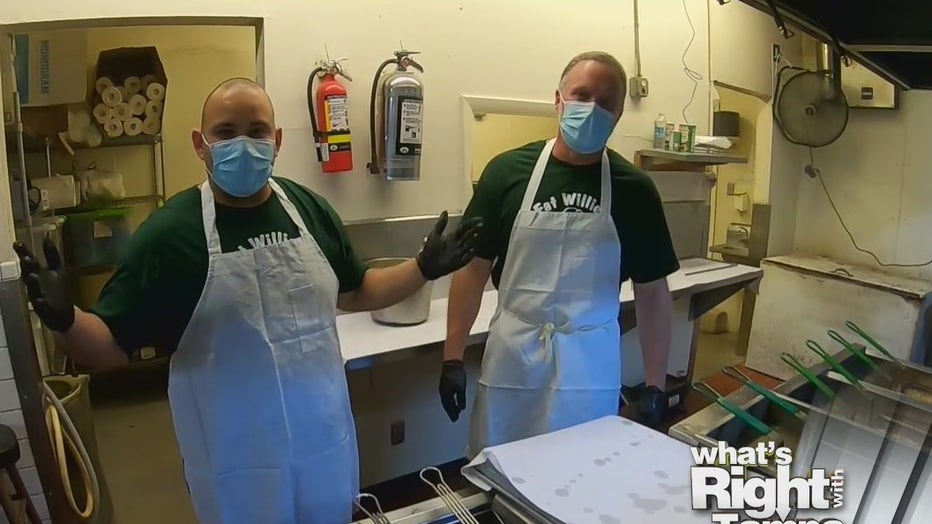 They both left the restaurant 20 years ago and are now back. For them, it is more than just about business, but family.

"Bill was a big part of my life when I was growing up. He helped me to get through college and he was a mentor of mine growing up," said Mireles.

Pate said, "This is a family legacy to me. My uncle started this business. My cousin ran this business for several years."

His uncle, Bill Robinson brought his dream in 1975 without any restaurant experience.

"He modeled it after the fish camps up in North Carolina where he had lived for a period of time," said his wife Mary Ellen Robinson.

The restaurant became so popular there were lines around the corner and down the street.

"It became a household name. People have told me that they have seen Fat Wilie's t-shirts in Hawaii," added Mary Ellen.

In 2014, Bill retired and sold the place. Because of COVID, the restaurant shut down.

"COVID has done a job on a lot of small mom and pop restaurants," explained Pate.

He and Mireles bought the restaurant this year.

"I couldn't let Bill's legacy go to waste like that. I felt it was time for somebody else to step up. I felt like it was our time to step up," said Mireles.

It was a calling that they felt they had to answer.

Returning to where they started to help keep alive the legacy of Bill Robinson and Fat Willie's Seafood Camp. Bill passed away in 2020.