APOLLO BEACH, Fla. - Apollo Beach might not look like the North Pole, with the lack of snow and sunny skies. But don’t let the weather trick you – the real Mr. and Mrs. Claus live right there. Only their names are Gregg and Shawna Calvert.

The couple set up a “Letters to Santa” mailbox five years ago when they lived in Chicago, and it’s become a tradition ever since. They moved to Apollo Beach just two months ago, and knew they had to keep it going.

“We ended up putting the mailbox up a week earlier than we usually do,” Shawna said. “But we’re already receiving letters.”

While FOX 13 News was there, they received letters written by children in Ruskin and Apollo Beach.

“These will be all new kiddos writing to Santa this year,” Shawna said. 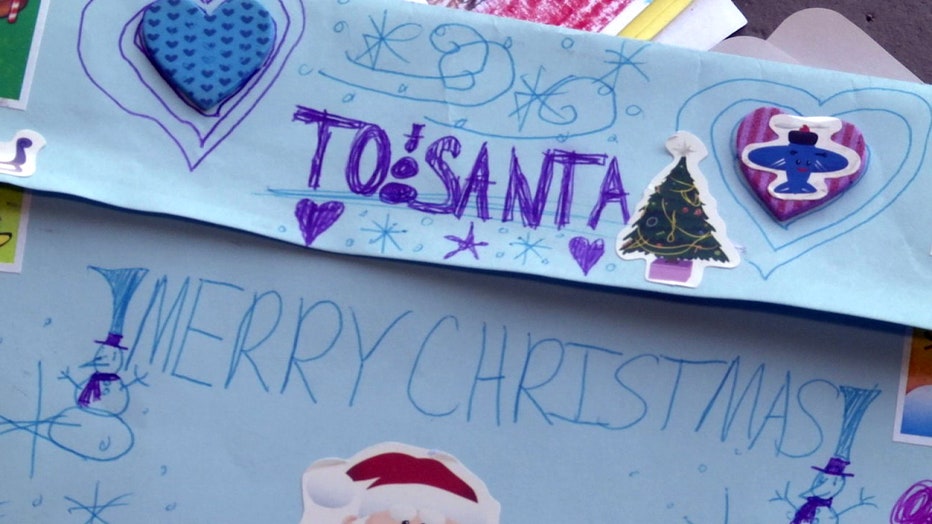 Gregg says every child is different with what they write.

“There are some kids that you can tell are wondering if Santa is real, and asking a lot of questions and want a letter back from him,” he said. “Some children are very right to the point with their exact list of every item they want. And some kids are very open to wanting things for other kids.”

The Calverts spend between now and Christmas crafting responses to each and every child, sealed with a handful of snow from the North Pole.

“We’ve done literally hundreds of letters per year and Santa responds to every single child,” Gregg said. “And sometimes we help deliver those at the last minute. On Christmas Eve if we have to!” 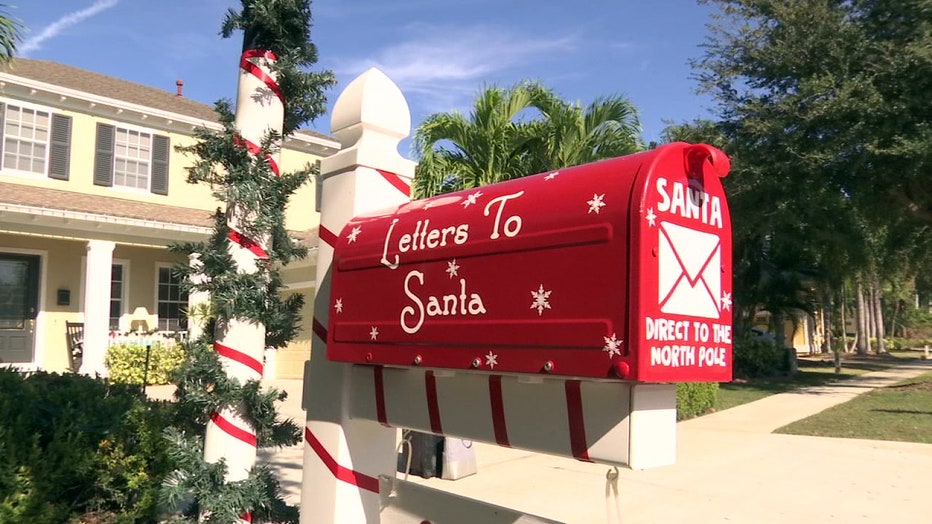 Shawna’s favorite part, though, is knowing the family time that went into writing the letters.

“You know some really meaningful moments went on around that table while they were creating that letter, and that’s probably the most satisfying part,” she added.

If your child would like to write a letter to Santa, they can send it to:
713 Islebay Drive
Apollo Beach, FL 33572