TARPON SPRINGS, Fla. - The widow of Michael Magli, a Pinellas County deputy killed in the line of duty, has written a letter of gratitude to say thank you to the countless people supporting their family during the worst times of their lives.

She said Michael Magli was sarcastically funny. He loved golfing, watching the Lightning play and was a hero to her and their two young girls. His life was cut short in February in a split-second decision to save others.

"To say it’s a tragedy is an understatement. There are no words that can make sense of it," said Pinellas County Sheriff Bob Gualtieri in February.

Michael Magli was trying to deploy stop sticks to help apprehend a drunk driver. Instead, that man plowed into the 8-year veteran of the force. Michael Magli was the first deputy in Pinellas County to die in the line of duty.

"I just love him so much, and I wish it was different," Stephanie Magli said at Michael’s funeral. 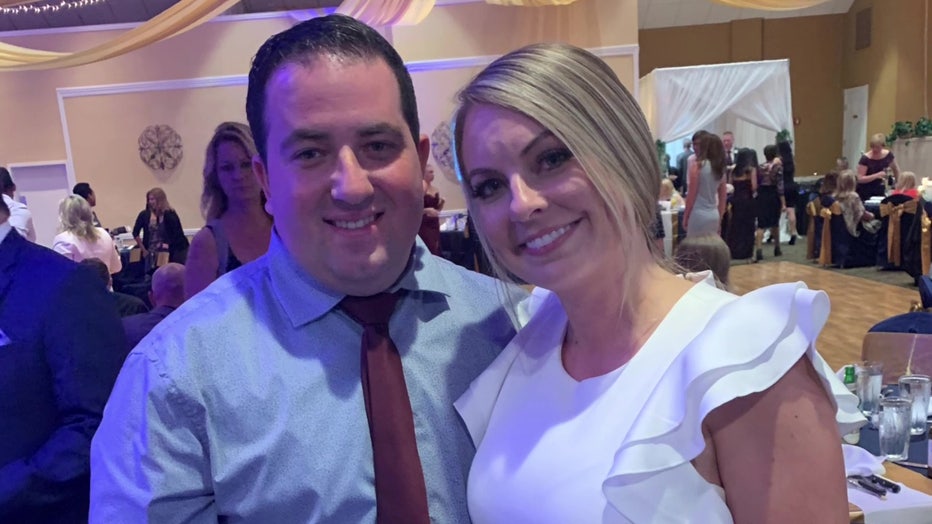 Stephanie Magli has mostly stayed private in her grief, but on Thursday she released a 1.5-page letter through the sheriff’s office giving the public a glimpse into the family’s life, before his death. She wrote in part:

"Michael was the dad who got on the floor and played with his kids, did Maddie’s hair for school (way better than I do it), and helped with homework…As a husband, he was supportive, loving, and my rock. Michael was as level-headed at home as he was at work. We knew very quickly, at just 19 years old, that we had met our person. I loved that man with every bit of me. As a team, we accomplished every goal we set."

"He loved our girls so much, he was the best partner, and I keep trying to remind myself he's here with us," Stephanie said.

The heartfelt letter thanks the community for its continued love, support, prayers, kind words, cards and generosity. She also penned gratitude to the sheriff’s office and other local agencies for honoring her husband and making sure his legacy is never forgotten.

A widow grateful for compassion in her darkest days, writing:

"Michael left a lasting impression on so many, more than he ever could have dreamt. He was kind, strong yet gentle, funny, and thoughtful. He was so much more than any words I can try to put together. On that day, like so many, Michael was brave. There is a hole in our hearts that can never be filled. Michael will forever be missed and so very loved for the rest of our lives."