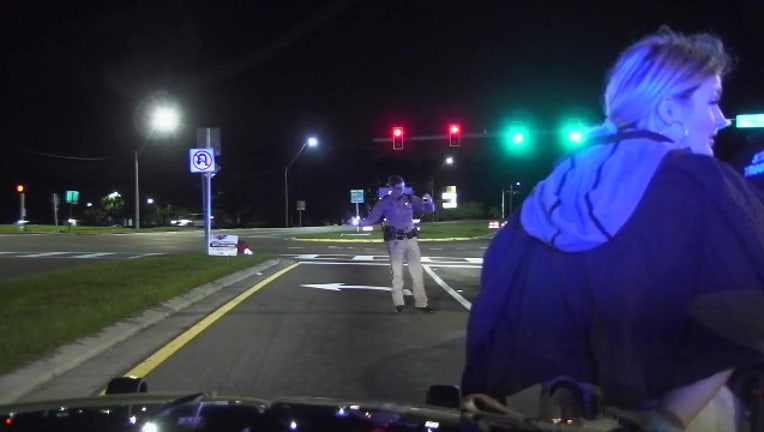 TAMPA, Fla. - Troopers say a 19-year-old driver from Maryland was drunk when she hit the back of an FHP cruiser early Sunday morning.

According to the highway patrol, Courtney Keller drove her SUV into the back of a cruiser that was waiting to make a left turn from Bruce B. Downs to Bearss Avenue just before 1 a.m. Sunday.

Troopers say she admitted confusing the other lanes’ green light with her own and proceeded to accelerate into the back of the stopped patrol car.

According to her arrest report, she showed signs of impairment as she told investigators she had been drinking at a local bar. A breath test showed her blood-alcohol level to be over 0.2; the legal limit in Florida is 0.08.

Keller, who’s from Waldorf, Maryland was charged with DUI along with driving on a suspended license.