TAMPA, Fla. - She hid behind her bed, dodging bullets, praying she and her boyfriend would make it out alive. But only she did. This morning, the jury in the murder trial of Jason Scott heard from the woman who survived the shooting.

Two minutes after the doorbell rang, Melanie Cintron’s life would never be the same.

"I couldn't hear anything until I heard the gunshot,” Cintron recalled. “I thought it was a joke at first.”

But it wasn't, it was all too real.

Cintron broke down Tuesday as she described the horror she witnessed the day. She says her boyfriend Luis Diaz was shot and killed by the defendant, Jason Scott.

She says Scott lived near the apartment complex and would hang out with Diaz from time to time.

The day of the murder, Scott showed up with another man she had never met. Next thing she remembers is hearing gunshots and Diaz telling her to get down,

"He kept shooting until he heard the other guy say, ‘Come on, come on,’" Cintron recalled.

Her frantic 911 call was played for the jury. 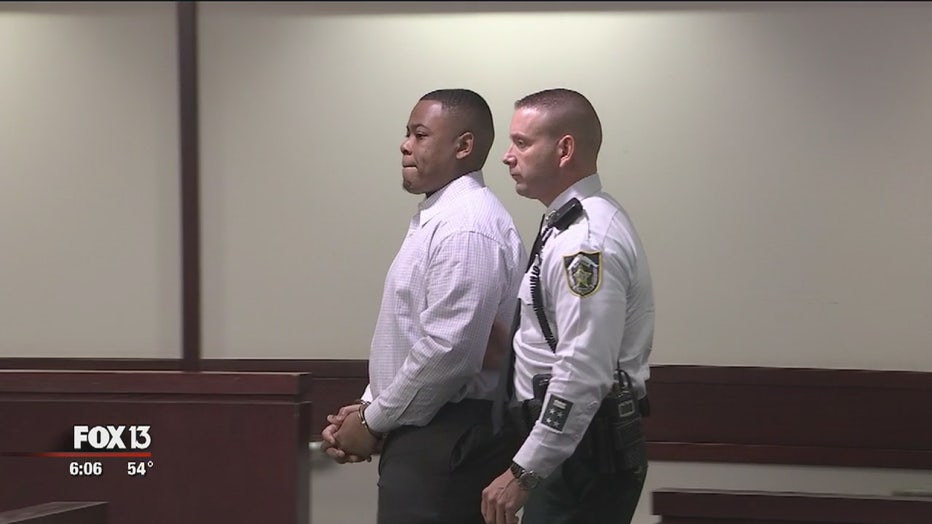 But the defense says Melanie Cintron’s testimony can’t be trusted. Her memory is fuzzy at best and she admits to doing drugs that day, claimed Hillsborough public defender Maria Dunker.

"She was very frantic, very hysterical at the time she was interviewed by law enforcement," said Dunker.

Dunker also pointed out a huge discrepancy when Diaz described the shooter as "the fat guy," something they say Jason Scott was not.

"You’re going to see photographs of what he looked like in 2017. What you’re going to see is that he wasn't fat. He was skinny, kind of scrawny, and that’s not going to make sense to you why Luis would say it was the fat guy when it doesn't match Jason Scott's description," continued Dunker.

Scott faces second-degree murder and attempted murder charges with a firearm. If convicted, he faces up 25 years in prison