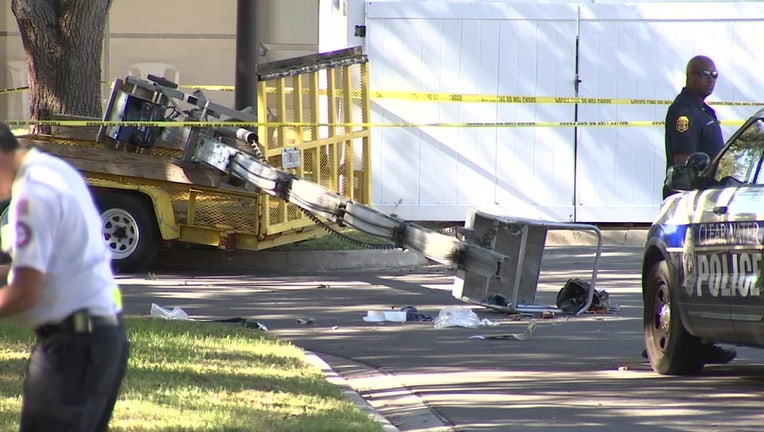 CLEARWATER, Fla. - A construction worker is in critical condition after suffering a 25-foot fall Friday morning in Clearwater.

The worker, identified as 63-year-old James Edward Bailey, was attempting to fix a parking lot light fixture when he fell from a lift about 25 feet onto the concrete.

According to police, the equipment was being used incorrectly. Rather than the lift being stabilized on the ground, it was inside a trailer attached to a van.

Clearwater Fire and Rescue said Bailey was flown via medical helicopter to Bayfront Health St. Petersburg as a trauma alert. He remains in critical condition.