ST. PETERSBURG, Fla. - Amid all the new construction in St. Petersburg, much of the old construction remains. Snell Arcade on Central Avenue is a standout.

It was built by Perry Snell who came to the Tampa Bay area at the turn of the century. He built Snell Isle and many of the grand homes in Old Northeast St. Petersburg.

"A lot of the homes he built, including his own, had huge, wraparound porches to overlook the waterfront," explained Rui Farias, executive director of the St. Petersburg Museum of History. 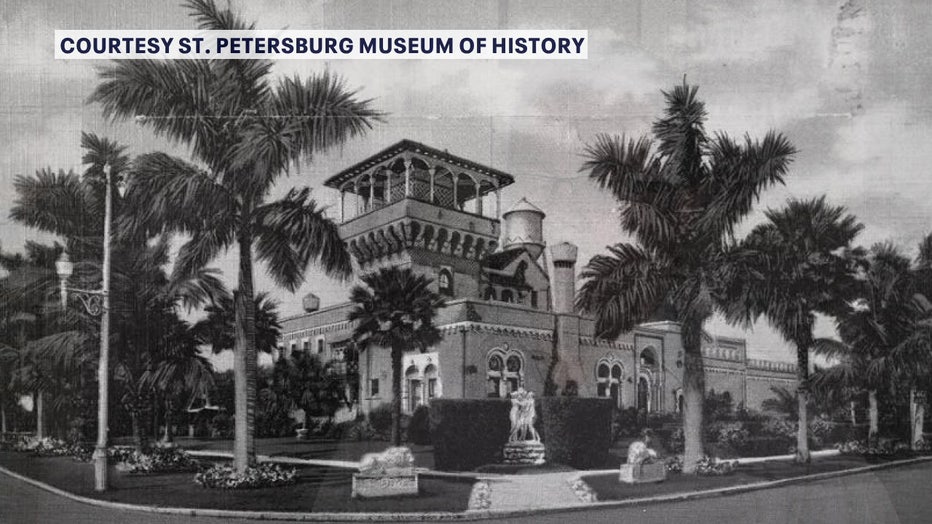 It’s those Perry Snell porches that inspired the restaurant being built at the museum, aptly named Perry's Porch.

The Seed & Feed Hospitality Group, which owns the popular Trophy Fish restaurant on Central Ave., will operate the restaurant. Farias said the design is similar to what Snell might have envisioned for a restaurant.

"Their vision is to build an outdoor/indoor venue with a lot of outdoor seating, like you’re actually sitting on one of Perry’s porches," Farias said.

The museum hopes the restaurant will compliment the overall experience and provide a gathering place for people visiting other nearby attractions.

But what would Snell think of St. Petersburg’s growth?

"I think he’d absolutely love this," said Farias. "Because he came here and saw paradise and figured out how to make it even better."

Construction will begin in early 2023. Perry’s Porch is scheduled to open in June.