Titus O'Neil was raised by a single mother and says he wouldn't be who he is today without her.

The event has a special meaning for O'Neil, who was raised by a single mother.

"We just wanted to bring together a bunch of moms from all different walks of life that do so much for their children, but a lot of times they don't take time for themselves," he said.

Sunday, O'Neil and Neidhart invited the mothers to a special dinner at Forbici Modern Italian in Hyde Park.

"Moms make the world a better place so just the fact that we are celebrating them it really makes my day," Neidhart said.

"Single mothers work hard and it's a challenge for a lot of us. It's a lot of hard work. A lot of heartaches. A lot of tears. A lot of laughter and a lot of love," Deputy Cephas said.

Cephas is a mother of three and a grandmother to her 4-year-old and 3-month-old grandsons.

"I've been doing this 30-plus years so I love it. I don't have anything bad to say about it. I love it. I wouldn't change it," she offered.

Lois Cato was just one of the dozens of single mothers getting waited on Sunday, giving them a chance to rest, enjoy, and feel appreciated.

"We don't have to worry about cooking for ourselves and we get treated special. It's important because we make a difference," Cato said. 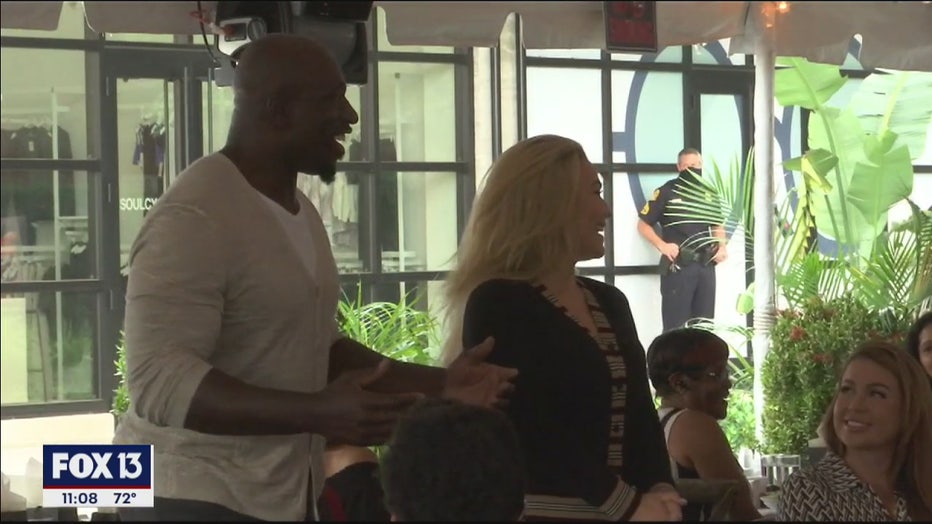 It's a difference Neidhart and O'Neil have come to appreciate.

The event was made possible with help from O'Neil's foundation, the Bullard Family Foundation, which helps children and families build character through community programs. A total of 48 Bay Area single mothers were honored at Sunday's event.