ST. PETERSBURG, Fla. - A WWII fighter pilot who was shot down in 1945 has finally been laid to rest.

It was a funeral nearly 80 years in the making.  Thanks to DNA technology, a missing WWII fighter pilot from St. Petersburg has finally been laid to rest after being shot down in 1945.

The Oregon woman is full of pride for her uncle, even though she never got to meet him.  U.S. Army Air Forces 1st Lieutenant Newell Mills Junior died in WWII when he was just 21.

Newell and his two brothers grew up in St. Petersburg and attended St. Pete High School.

"On the swim team and was a diver," Oeland said.  "He was in all the sports. He was in the band. He was just loved by everybody." 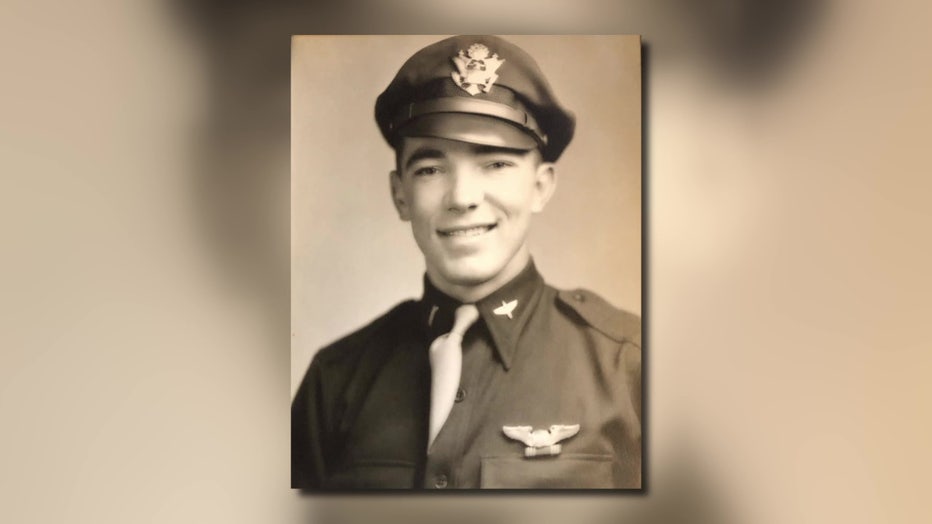 After graduation, Newell enlisted in the Army Air Forces and was assigned to the 354th Fighter Squadron of the 355th Fighter Group flying out of England.

The letters sent back and forth to his parents stopped in 1945, Newell writing in his final correspondence "Well I got the ship I wanted…"

"He was shot down near Bremen, Germany.  That’s all anyone in the family really ever knew," explained Oeland.

Newell was piloting a P-51D Mustang Fighter on a mission escorting bombers to a target in Germany when they encountered German fighters.  The soldier never returned to base and was declared dead a year later.

For more than 60 years, loved ones believed Newell’s remains were buried at the Ardennes American Cemetery in Belgium. 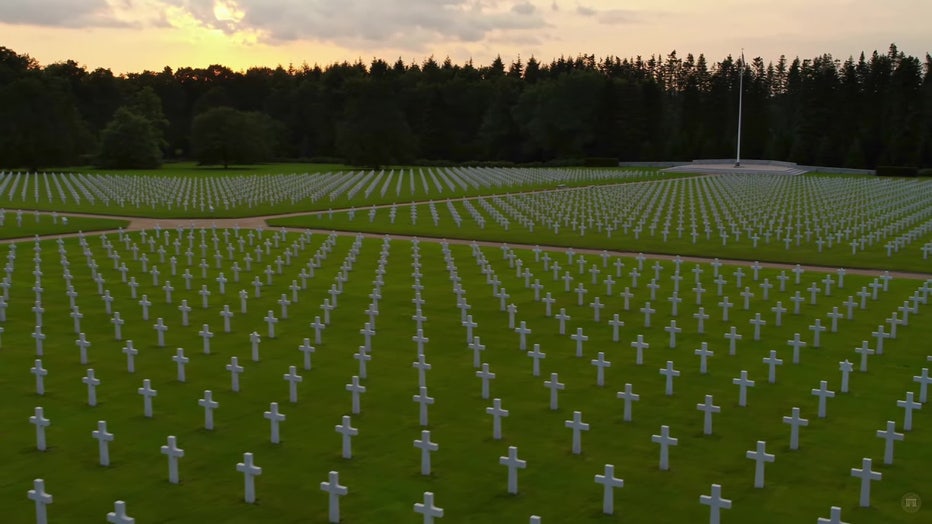 For more than 60 years, loved ones believed Newell’s remains were buried at the Ardennes American Cemetery in Belgium.

"They discovered that Newel was not in that grave," Oeland said.  "And that's when they contacted my father in 2012 and said, ‘Your brother's still missing in action,’ and they came to his office and took his DNA."

READ: Illinois sailor killed at Pearl Harbor to be laid to rest, at last

The man buried in the grave loved ones thought was Newel for all those years turned out to be another pilot whose plane exploded the same day Newell went missing.  The Defense POW/MIA Accounting Agency says Army Air Forces 1st Lieutenant Stephen Pascal was flying a photo reconnaissance mission in Germany.

The crash site was excavated in 2007 and additional remains were found that confirmed Newell had been misidentified. 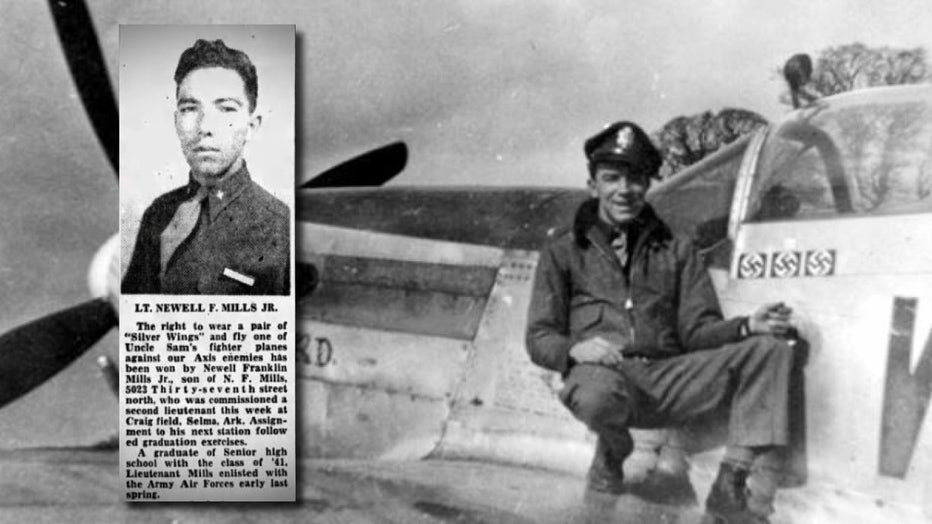 According to the DPMA, in 2012 German researchers were investigating a plane crash near Bothmer, Germany.  According to witnesses, there was a large air battle in the area in April 1945.

"They saw my uncle’s plane and his wingman get hit, and they saw him eject from the plane and decent to the ground," said Oeland.

Newell was already dead when locals recovered him from the river where he landed.

A German researcher contacted the DPMA in 2019 with evidence that Newell may be buried in an unmarked grave at that same cemetery in Belgium.  The grave was exhumed and scientists used DNA technology and dental records to identify the remains. 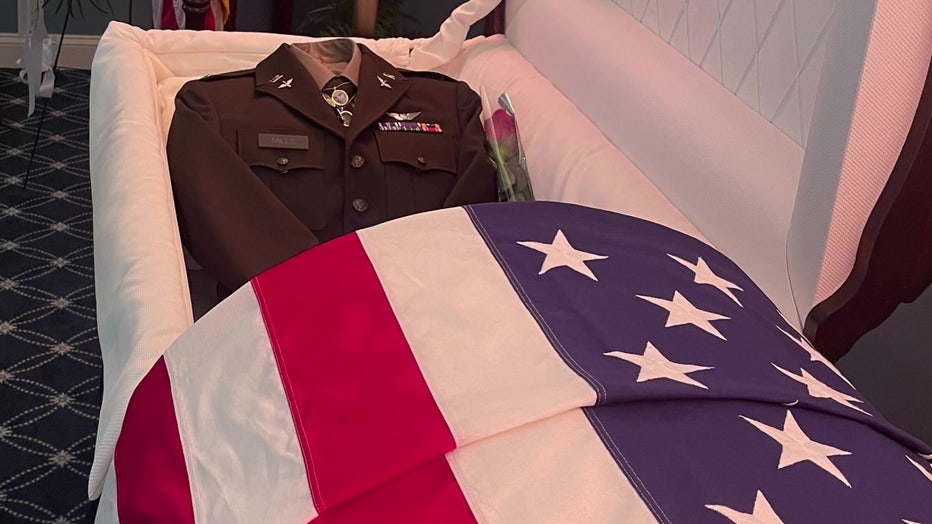 After being shot down in 1945, U.S. Army Air Forces 1st Lieutenant Newell Mills Junior was finally laid to rest.

Oeland got the call earlier this year.

"He asked me if I was sitting down. I said, ‘Yeah,’ and he goes, ‘Well, I have good news for you. We found your uncle,’" she recalled.  "Everything we ever knew just changed at that moment."

Loved ones are grateful for the homecoming, and everything they have learned the last few months about Newell’s service and bravery. 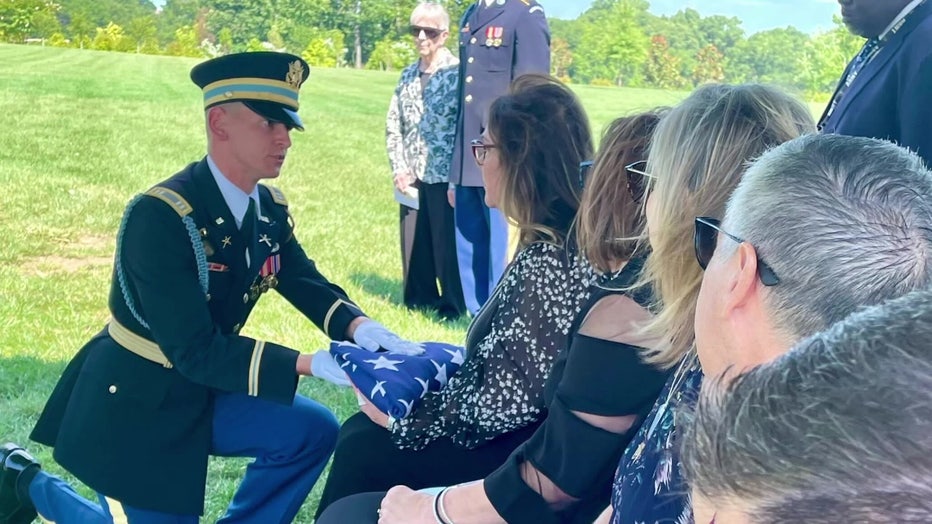 On September 13, Newell was laid to rest in Arlington National Cemetery with full honors.

"Something that we never dreamed possible," Oeland said. "We didn’t think in our lifetime we would ever know, and for this to happen is a miracle."

On September 13, Newell was laid to rest in Arlington National Cemetery with full honors.  It's a powerful and emotional tribute that family members have been waiting for 77 years to see.

"What he did for the nation is so amazing, and we're so proud of him," smiled Oeland.