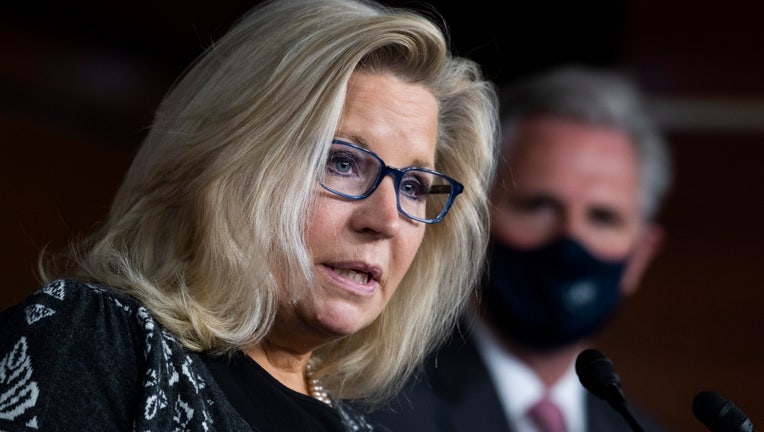 That censure resolution has been submitted to be considered by the Wyoming Republican Party's State Central Committee.

"Representative Cheney has violated the trust of her voters, failed to faithfully represent a very large majority of motivated Wyoming voters, and neglected her duty to represent the party and the will of the people who elected her to represent them," the resolution states.

The Wyoming GOP has already condemned Cheney for the vote and demanded she "explain" her vote at its next meeting.

"By announcing her decision to vote for impeachment Representative Cheney denied President Trump due process; she judged the 'evidence' before it was presented and refused to listen to the arguments made," the Wyoming GOP said in a statement last week.

An online petition to recall Cheney on Change.org also has more than 33,000 signatures.

"I will continue to talk to and hear from my constituents all over Wyoming," Cheney told the Casper Star-Tribune after she voted last week. "But when it came down to it, the president the United States incited a mob to attack and interrupt the democratic process. And then, while the violence played out, the president refused to take steps to stop it. In my mind, those are absolutely high crimes and misdemeanors. There’s just simply no question. This was a vote that could not have anything to do with party or with politics."

"If you cast this vote to impeach, you will never receive our support or votes again at any time in the future," Clark County Republican Women said in a letter to Herrera Beutler. "Additionally, we will do everything in our power as the largest Republican Women's organization in Washington State to recruit and elect a conservative candidate who will represent our values."

Herrera Beutler responded by saying she took a stand for "my country and the United States Constitution."

"A ruthless mob that uses violence to stop the Constitutionally-mandated counting of electoral votes is an attack on the U.S. Constitution itself. The President either wanted the mob he helped mobilize to take these steps, or he didn't care enough about his job responsibilities to try to stop them as they hunted down his Vice President and beat Capitol police officers; either way, it's impeachable. Let the political chips fall where they may," Herrera Beutler said in a statement to Fox News.

Trump is the only president in history to be impeached twice. The Senate is expected to pick up the impeachment trial after President-elect Joe Biden's inauguration.