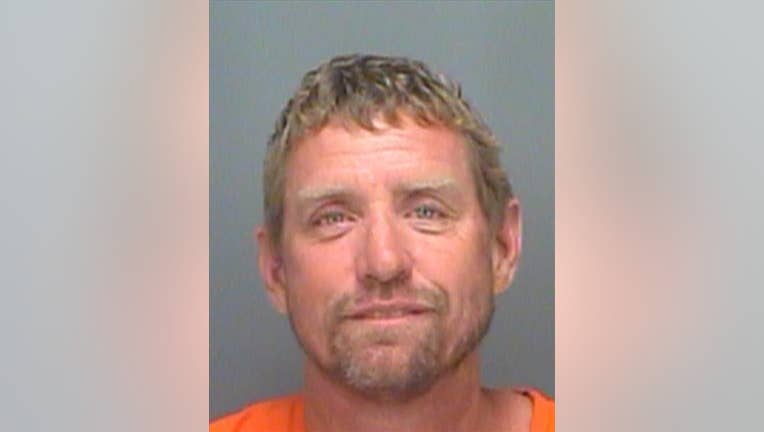 TREASURE ISLAND, Fla. - A Pinellas County man is facing charges after police said he assaulted a child for wearing a mask at a restaurant.

The incident occurred Sunday night at Ricky T's in Treasure Island. Police said 47-year-old Jason Copenhaver walked up to the boy who was sitting at a table wearing a mask, and told him to take it off.

Police said the suspect also asked the child if he could shake his hand. When the boy refused, police said Copenhaver grabbed the boy's arm, and got close enough to his face that his spit landed on the child. Then, police said, the suspect told the child, "You now have coronavirus."

After, police said, Copenhaver entered the bar area, and a worker asked him to have a seat.

According to his arrest affidavit, Copenhaver was described as "intoxicated" and was not wearing shoes. They said he approached the worker in a "threatening manner and attempted to strike him twice."

The same worker took "physical control" of Copenhaver, walked him outside the restaurant, and held him to the ground until officers arrived, police said.

Copenhaver was arrested on charges of simple battery and disorderly conduct.

Police said he told them he doesn't know if he had the virus, and has never been tested.