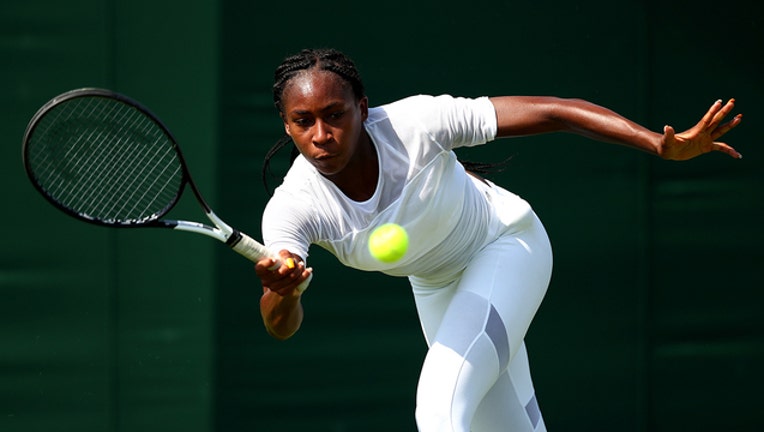 Cori Gauff of The United States during a practice session ahead of The Championships - Wimbledon 2019 at All England Lawn Tennis and Croquet Club on June 29, 2019 in London, England. (Photo by Clive Brunskill/Getty Images)

Gauff made it into the tournament with a 6-1, 6-1 victory that lasted just 55 minutes in the final round of qualifying Thursday against Greet Minnen, a 21-year-old from Belgium.

Gauff, who was born in Georgia and is now based in Florida, will be the 12th-youngest player to compete in women's singles at the grass-court Grand Slam tournament since professionals were first admitted in 1968. The 11 who were younger all got spots in the draw via direct entry, rather than qualifying.