TAMPA, Fla. - Antonio Brown arrived for his first full practice with the Tampa Bay Buccaneers with a smile on his face. It's been nearly 14 months since his last game in the NFL and this once bombastic and outspoken superstar left his ego behind when he spoke with the media for the first time.

AB came across soft-spoken and humble wearing his TB12 hat.

"I'm just super grateful for this opportunity,” said Brown. "Excited to be around all the guys and everyone here. Excited to fit in here and do what's best for us to win. Whatever that entails."

Brown is staying with Tom Brady and knows he wouldn't be with the Bucs if Brady hadn't vouched for him. Brown was asked why he thinks Brady believes in him.

Brady is doing everything he can to make sure this works. He even introduced Brown to life coach Tony Robbins earlier this year. 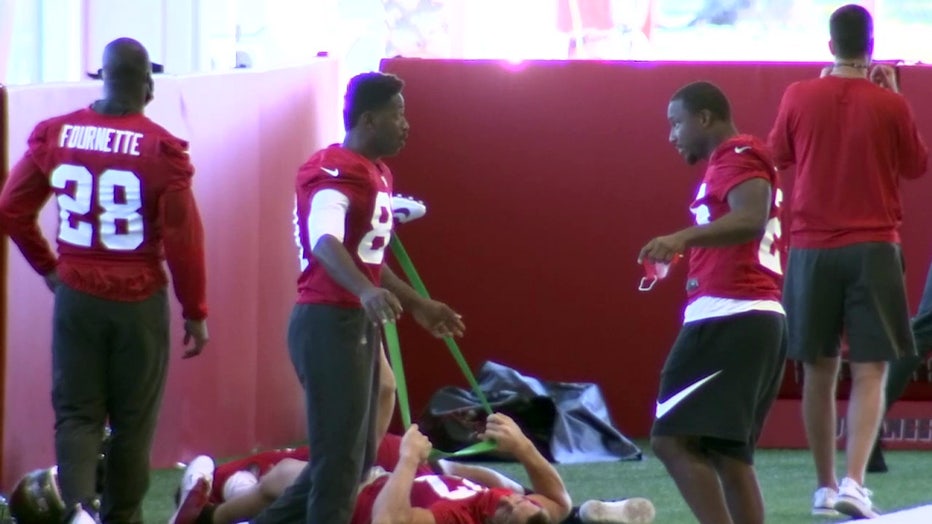 "He's been a great asset for me,” said Brown. "We're working on myself from within...Changing my outlook on a couple things. Battling and getting away from anger. Just being able to stay positive and see the positive things. Not let my emotion or frustration ruin my outlook."

Does Brown feel he's a completely different person now that he's back in the NFL?

Brown say he's in shape for whatever the Bucs ask of him. He just wants to put his hand in the pile and help this team win.