TAMPA, Fla. - With a time of 20.11 seconds in the 200-meter race, Hillsborough High sprinter Erriyon Knighton bested a U18 record previously set by Olympic gold medalist, Usain Bolt. Knighting didn't set out to break a record set by arguably the greatest sprinter of all time, but he knew he would do something special that day.

When someone outdoes Usain Bolt, qualifying for the Olympics becomes a possibility. Knighton is no exception.

"We truly believe that he has a great opportunity to make the Olympic team," Knighton's coach Jonathan Terry said. "Amongst his peers, he's just a couple of hundredths of a second off. It's all about the execution." 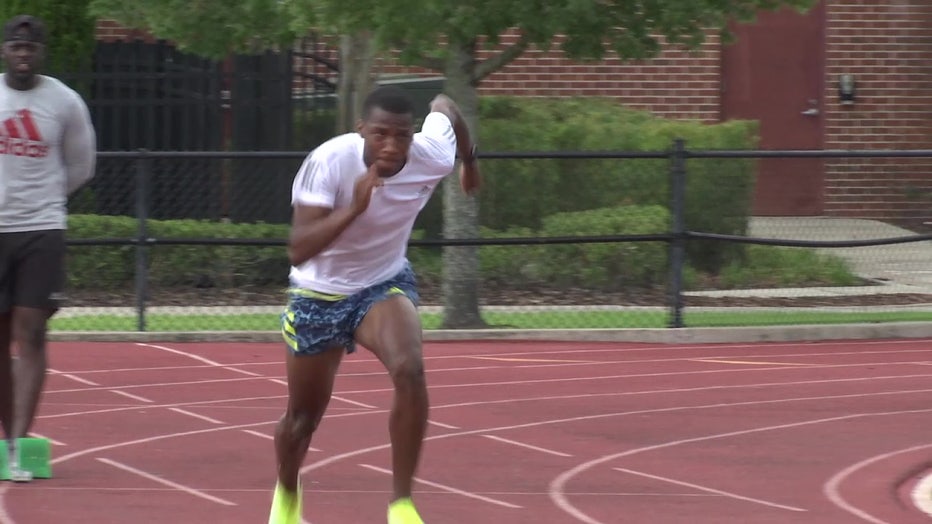 Believe it or not, this is just Knighton's third year in track. He initially got into the sport to help with his speed in football. However, along the way it became more and more clear: Knighton was a track star in the making.

"During my sophomore year of high school, I was running times that college people are running in their senior year," Knighton recalled. "I was like 'I can do something bigger than just football.'"

His coach seems to think Knighton is just getting started.

"He has so much untapped talent. We haven't even touched the surface yet," Terry said. "He's 17 years old so we're thinking about when you're 25 years old, your second Olympics, you're going to do something special, especially being compared to the great Usain Bolt.