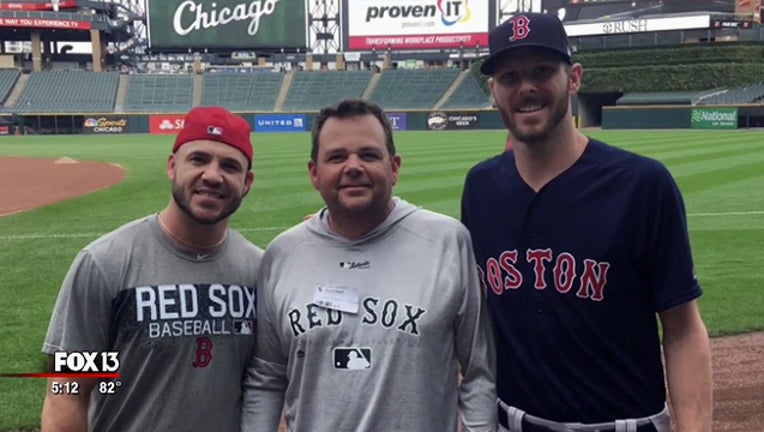 LAKELAND (FOX 13) - Game 5 of the World Series started with a two-run shot by Steve Pearce and the series ended with the game-winning pitch from Chris Sale.

"It was loud in our house. We were screaming," said Nipper.  "It's a dream come true for me and it has nothing to do with me as a coach. It's entirely their success.”

The two started out at Lakeland High where Nipper was head coach.  Separated by six years, Pearce came through first.

"You always knew he had it in him. He was a great player at every level," the coach recalled.

Over the last 12 years, he's moved from team to team and ended up with Boston mid-season. He made a big name for himself with multiple home runs and ultimately was named the MVP.

"This is what you've grown up wishing you could be something apart of this," he told crews Sunday night.

"It was his tenacity. He outworked the other kids. He was one of those that always wanted to work hard," said Smith.

"In practice he'd say hit the balls further to my left and right. He'd want us to throw harder, curve balls. He always wanted something more difficult than what you were giving him just to make himself better," he said.

Chris Sale was one of the last to come through the program. Smith first coached him in middle school.

"To watch him as a sixth-, seventh- and eighth-grader, you just start to see him blossom there and he really took off in college," said Smith.

Since then he's continued to grow.

"His angle, his velocity, his slider all of them are some of the best in baseball," said Nipper.

Nipper, now the baseball coach for McKeel Academy of Technology, and Smith, the athletic director at McKeel Academy, watched on as the two hometown boys helped bring home the World Series.

"To have our two former students and players in that game, that game was special," added Smith.