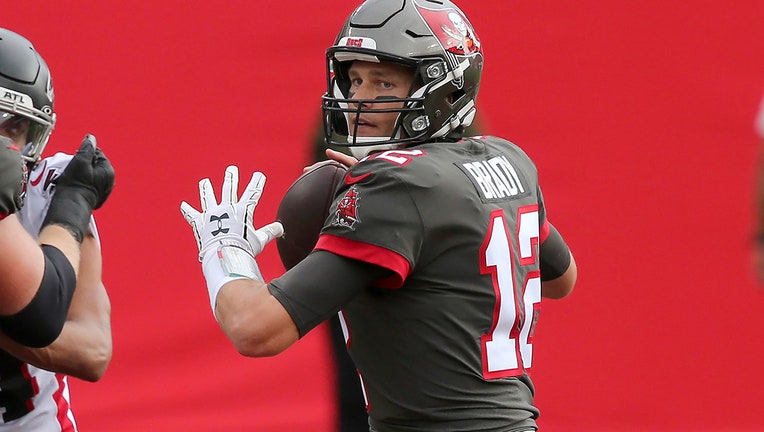 Buccaneers quarterback Tom Brady (12) eyes an open receiver during the regular season game between the Atlanta Falcons and the Tampa Bay Buccaneers on January 03, 2021 at Raymond James Stadium in Tampa, Florida. (Photo by Cliff Welch/Icon Sportswire

TAMPA, Fla. - The Buccaneers are headed back to the playoffs for the first time since 2007.  Back then, Beyoncé’s "Irreplaceable" topped the charts and it was the year the first iPhone was released.

"I'm just glad that I'm still around.  It has turned into a winning franchise," said former Buccaneer Ronde Barber.

PREVIOUS: Brady throws for 4 TDs, Buccaneers pull away from Falcons 44-27

"Be in the moment, you make decisions in the off-season because you think you're going to put yourself in the moment and they made a bunch of right ones this year," Barber said.

That moment has been more than a decade in the making.  Back then, George W. Bush was president and Instagram wasn't even a thing yet.

"Thirteen long years.  I'm getting gray for God’s sakes, it’ been so long," said Bucs super-fan Keith Kunzig, AKA Big Nasty.  "Everybody that's been waiting and stayed with them, God bless. Anything can happen; that's what sweet about the dance," he said.

An MRI performed on Mike Evans’ injured left knee showed no structural damage and the receiver’s status for Tampa Bay’s first playoff game in 13 years is day to day.

The Bucs will visit the nation’s capital when they face the Washington Football Team in the first round of the playoffs Saturday night at 8:15 p.m.