TAMPA, Fla. - The Bucs playoff season is here, and the team wants fans to gear up for the weekend.

AdventHealth hosted a drive-thru event at Raymond James Stadium early Friday morning to give away free merchandise. Before 5:30 a.m. – when the event began – there was already a line of cars waiting for their Bucs swag, filled with items like a flag, T-shirt, beads, and hand sanitizer. 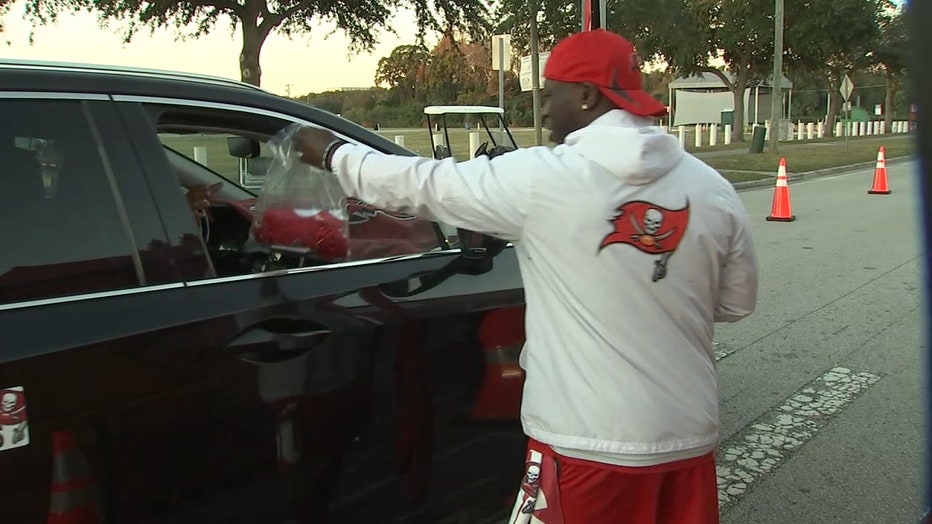 The first playoff game will be Sunday against the Philadelphia Eagles. The team hit the practice field Thursday, getting ready for the big game. It was their full practice of the week.

Cyril Grayson and Ronald Jones were not practicing due to injuries, but running backs Leonard Fournette and Giovanni Bernard were back. Lavonte David and Mike Events were on the field.

"It's hard to compare one year to another," Tom Brady said Thursday. "I feel like I've felt like I want to play as a championship-level player. That's what I've said for a long time and when I'm not able to do that, you know, I said a long time ago, when I suck, I'll retire. But what I really meant was when, you know, I'm not capable of leading the team to victory, then someone else has to do the job. So I feel like I can do that." 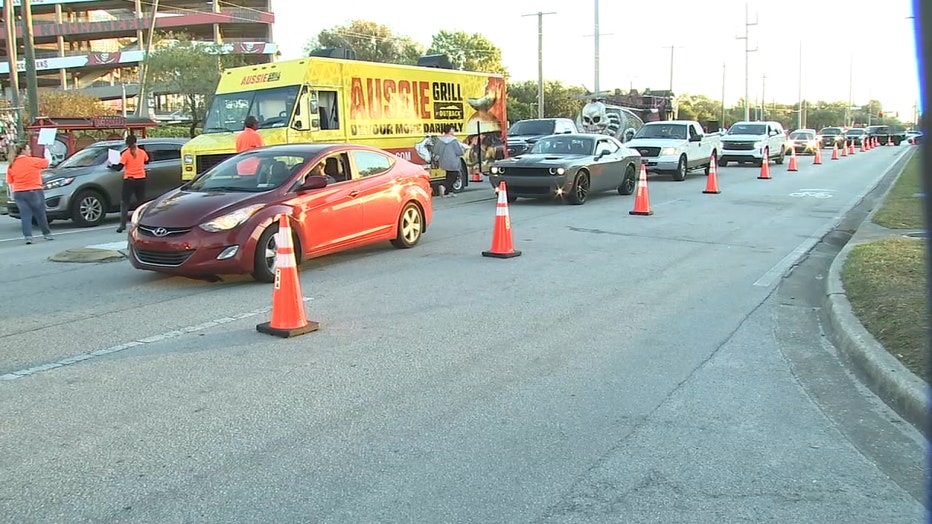 'Playoff Brady' ready to do what he does best

When it comes to winning in the playoffs Tom Brady is better than most NFL franchises. Brady has more win in the postseason than all but 5 teams. He’s 34-11, which is twice as many wins as Joe Montana, who has the 2nd most.