Tampa Mayor Jane Castor talks about the celebration plans as the Bucs wrap up a Super Bowl victory.

TAMPA, Fla. - The Tampa Bay Buccaneers have made history again, becoming the first team not only to play the Super Bowl in their home stadium, but the first to win it.

The Bucs beat the defending champion Kansas City Chiefs 31-9 at Raymond James Stadium, the Bucs’ home turf. And while the NFL’s neutral-site rules kept the pirate ship cannons quiet during the game, they'll have plenty of reason to fire in the coming days.

Since the dawn of the Super Bowl era in 1967, no team has played a Super Bowl in its home stadium. And while the stadium won’t be full – capacity will be capped at 22,000 fans due to the COVID pandemic – many of the those in the stands were local health care workers, loudly cheering their home team. 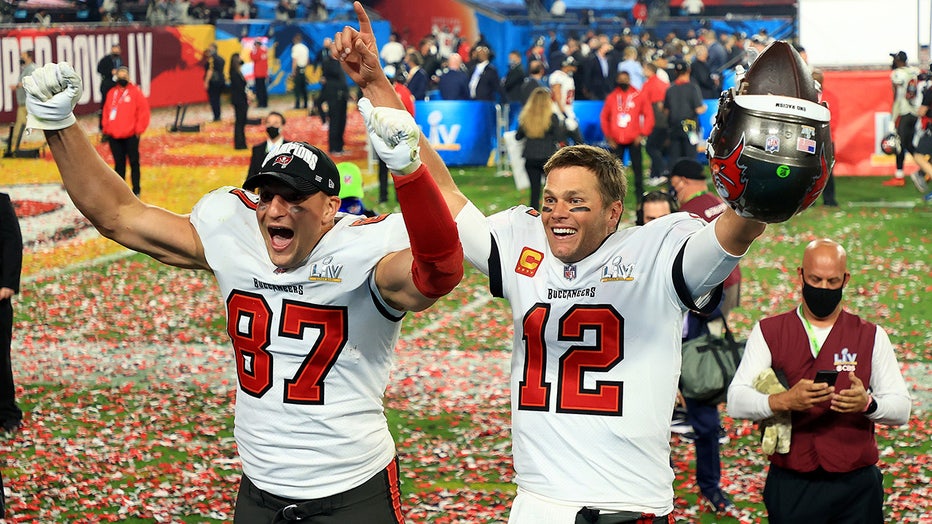 Just reaching the game was not enough for the Bucs – they made it clear that they planned to make history as the first team to win the Super Bowl in their own house.

"So many teams don't get a chance because they don't get the Super Bowl in their home stadium. It was obviously a goal of ours to start this season," head coach Bruce Arians said after the NFC Championship. "But getting to the Super Bowl wasn't what our goal is. Our goal is to win it."

"This has been an amazing year," quarterback Tom Brady said after the game. "We got off to a good start – 7-2 – and then had a little rough stretch where we found our identity. Played a lot better football in December and January. Just really proud of all the guys. Proud of all the coaches and the effort we put in. We knew we were playing a great football team tonight and we got the job done. You want to get this far, you’ve got to get the job done and we did it."

Here’s a look at the NFL teams that made the playoffs the season their home stadiums hosted the Super Bowl but came up short: