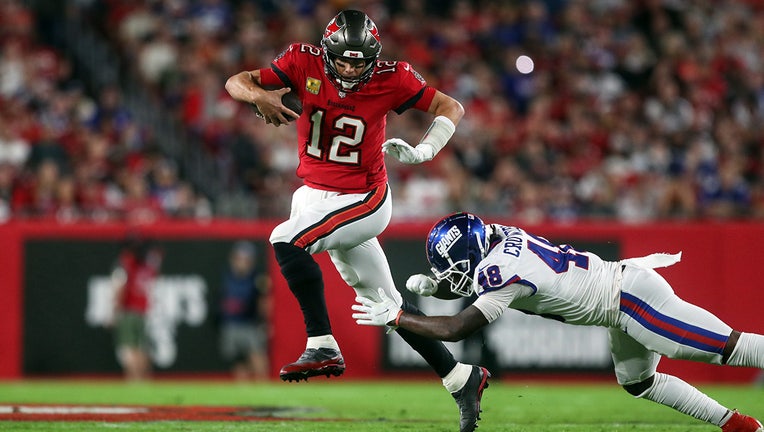 Tampa Bay Buccaneers quarterback Tom Brady scrambles for yardage and a first down during the regular season game between the New York Giants and the Tampa Bay Buccaneers on November 22, 2021 at Raymond James Stadium in Tampa, Florida. (Photo by Cliff

TAMPA, Fla. - The Buccaneers' 20-point win over the Giants on Monday Night Football sounds impressive, but it came up short of reaching the potential points the Bucs feel their offense should be putting on the board.

"It could have been a 40-, 45-point night," said coach Bruce Arians. "Thirty is good but we're still trying to improve every single week."

"Overall, I think we've got to do a better job of putting together a complete game offensively," stated Chris Godwin. "Our defense has been playing [well], but we’ve got to do a better job of marrying up the run and the pass game. There have been games where we’ve thrown the ball for 400 yards and then other games where we’ve run for 150 to 200 yards, but we need to match them up together. Once we do that, I think you’ll really start to see the potential of this offense."

The Bucs are looking to fix their 'road woes' this weekend in Indianapolis. At home, this team is dominant, undefeated and winning by an average of 21 points per game.

On the road, it's been a different story, where the Bucs have posted a losing recording averaging more than two touchdowns less per game. 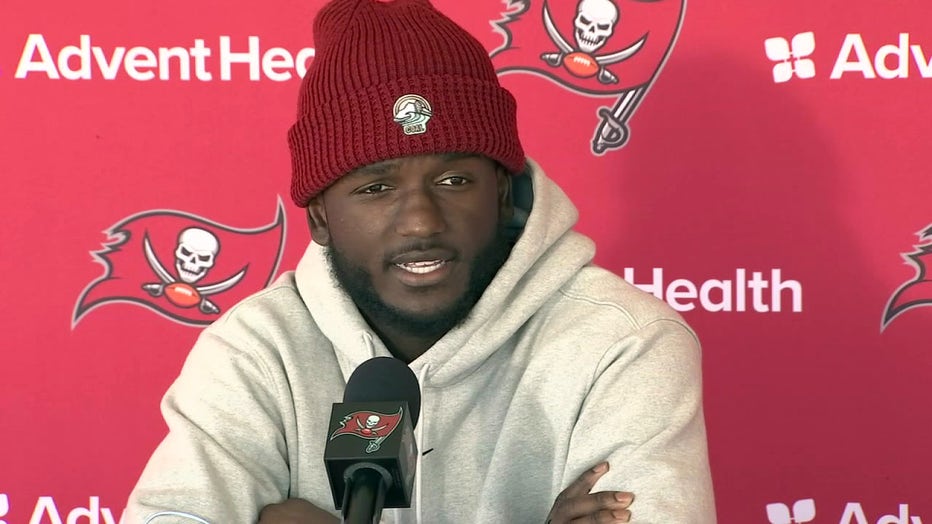 "I feel with have to start with more energy," commented Sean Murphy-Bunting. "We start slow when we are at other people’s places and so just starting faster. I think we'd get a jump on teams and we'd be able to stay on top."

The energy coming from the stands is different at home than it is on one the road, where it can be – at times – a distraction.

"There was a guy in Washington that just would not shut up the whole game," shared Godwin. "I'm surprised that guy could still talk at the end of the game. Man, he was yelling the whole time. Sometimes it's funny, but sometimes it's annoying."