TAMPA, Fla. - The Saints showed the blueprint to derail Tom Brady and the Buccaneers' air attack, but they've been the only team to keep the TB12 and company out of the end zone. Despite the deflating defeat, the Bucs still feel the road to the postseason rests in the hands of number 12.

The Bucs understand the criticism to add Antonio Brown to an overloaded wide receiver room. After seeing Brown embrace his role, Bruce Arians isn't worried about a disruption with this group.

“I thought he had a good role last week," said Arians. “He played a little bit more than I had hoped because of the score, but he has a nice role, and he fits in quickly.”

"We’ve got a bunch of great guys in this locker room that are solely focused on winning, and when you have a chance to add another really great talent, you do that," said Godwin. ”We’re looking forward to the opportunity to learn, grow and fit him into the offense.” 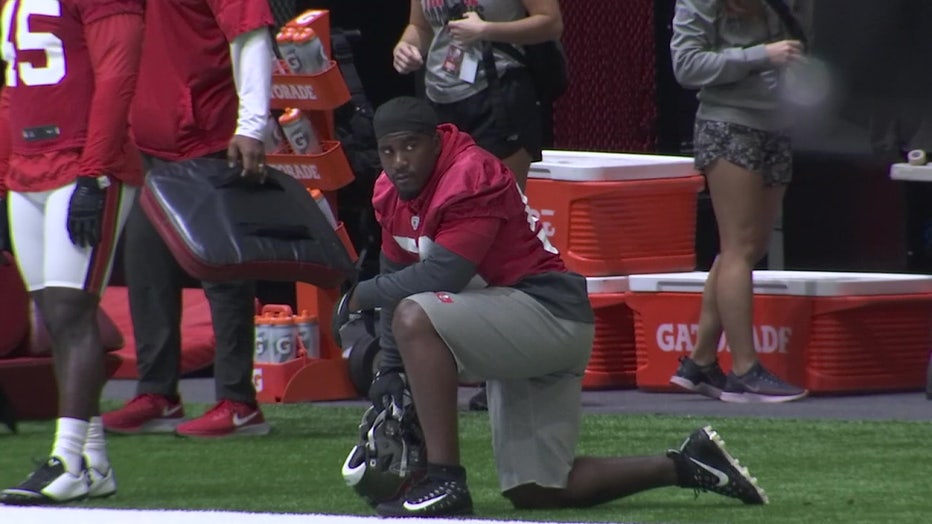 Wide receiver coach Kevin Garver was aware of AB's background but hasn't seen any signs of AB's past.

"Everyone knows his ability and what he brings to the game," said Garver.”I think he really did a great job coming in of putting the time in – really a lot of extra meetings, extra walk-throughs. [He] really handled himself extremely well from a mental standpoint. [He] really came out of the game with one mental error, which with one week of preparation, I’d say that’s pretty solid. The biggest thing that I love about him – [he’s got] a lot of energy [and] obviously he has a big personality – he really works at it. He spends the time working on his craft every day. Really from the moment, he got here, we didn’t have the time to work with him on the field [but] he was able to spend some time with the strength coaches. Just the way he approaches the game is what you want in guys.”

Brady had been one of the best quarterbacks in the NFL in completing the deep ball this season. Against the Saints he didn't have one travel over 20 yards in the air. Was it because the wide receiver routes took too long to develop or was it the fact Brady was under so much duress from the Saints?

“I think the duress," said Arians. ”We put some up in the Cover 2 that we were trying to fit in the holes, but the Saints defense played well [and] we didn’t play very well offensively. The protection was the worst part.”

Brady should have a lot more time this Sunday, the Panthers are tied for fewest sacks in the NFL with just nine in nine games.