However, two months is how long he's been the Bolts' head coach.

And he wasn't even initially hired to be the head coach. He was brought on to Dedrick Dodge's staff as the offensive coordinator in the summer.

Then when Dodge's abrupt resignation just one day into fall practice, the job fell into Davidson's lap.

"I had been a head coach many years before," Davidson told FOX 13 Sports. "You come expecting to do a job and by the afternoon everything is sort of upside down."

One might think this news would shake the players. That was not the case with the 2020 Ridge Community Bolts. 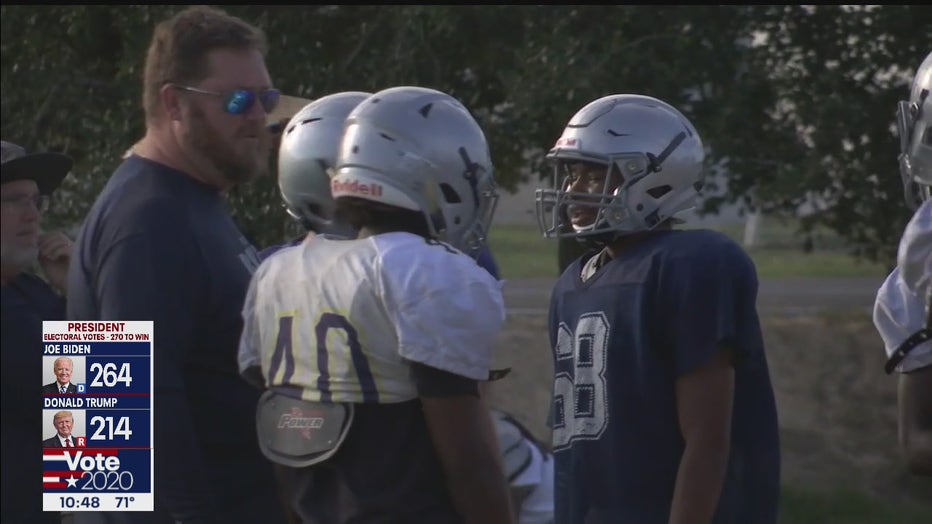 "When he came and told us the news everybody was just like 'Oh that's crazy,'" Senior wide receiver Keymari Odum said. "We still had practice. We still have a season to play."

The Bolts will face Steinbrenner High School on November 20 for the regional quarterfinals. A big reason for the success in the unexpected year-one of the Chris Davidson era is the connection between Odum and sophomore quarterback Zachary Pleuss.

"[Zachary] knows the route that Keymari is going to run, and he can fit it in there," Davidson said. "Sometimes on the sideline you're like 'wow, I never saw that coming,' and then all of a sudden Keymari bursts out of nowhere and catches the ball over two or three guys."