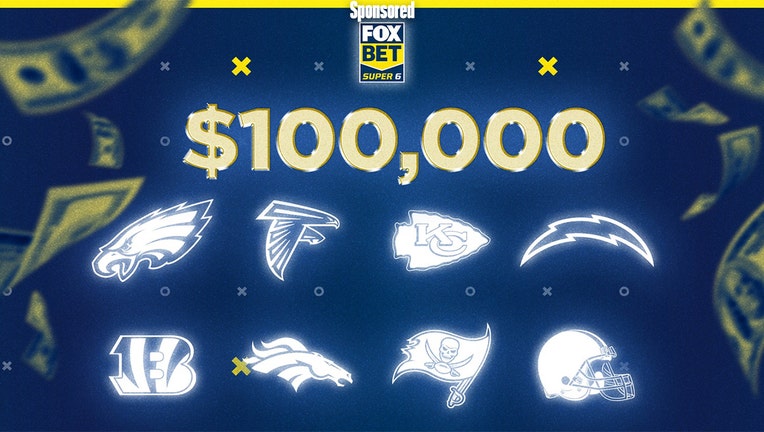 Thanksgiving is in the rear-view mirror, the holiday season is upon us, and sooner than you think, this 2021 NFL regular season is going to be over. Time flies, right?

Yet as Week 13 looms, you have a chance to win big yourself with FOX Bet Super 6! This week, FOX Bet is giving away $100,000 of Terry Bradshaw's money absolutely for free. All you have to do is download the FOX Bet Super 6 app, enter the NFL Sunday Challenge and make your picks on six games from Sunday's Week 13 slate. If you're right, you'll have a shot at the grand prize!

I’m surprised Miami is favored here, as this is a bad matchup for Tua Tagovailoa.

Miami’s made the game easy for him, keeping all of his passes close to the line of scrimmage and getting the ball out quickly, like Drew Brees used to. Tua threw 31 passes against Carolina; only one was more than 15 yards downfield. He threw two of those against the Jets — one for a TD, the other intercepted. Tua has attempted just 17 passes of 20+ yards in 234 overall attempts; for comparison, Chicago rookie Justin Fields has attempted 37 in just 198 overall attempts.

The Giants’ defense has incrementally improved, and with lockdown corner James Bradbury (only allowed two catches for 22 yards to Devonta Smith last week) on rising Miami star Jalen Waddle, life will not be as easy for the former Alabama star. The Giants' offense, after firing OC Jason Garrett, won the turnover battle against Philadelphia 4-0 and still just survived, 13-7. Not a good sign.

But in the last two months, the Giants' only losses are to elite playoff teams (Tampa, KC, LA Rams, Dallas). When they step down in class - Carolina, Las Vegas, Philadelphia - they find ways to win.

This one is a tricky handicap because while everyone expects Kyler Murray and DeAndre Hopkins to return, it’s unclear if one or both will.

Arizona went 2-1 without their QB; toss in inclement weather — temperatures in the 30s with snow and rain expected — and you have a dicey situation for Arizona. But it’d be a tough ask for the Bears' defense to slow down a healthy Murray, who’s missed a month with the high ankle sprain, especially without Khalil Mack (out for the season), Akiem Hicks (ankle) and Roquan Smith (hamstring). If the latter two are out, the Cardinals may run for 200 yards.

Justin Fields is back from broken ribs, but he’ll be facing a tenacious defense that ranks seventh in blitz percentage. Between Chandler Jones and Markus Golden (18 sacks combined), Fields figures to be under duress much of the game. He has struggled badly versus aggressive defensive fronts like Cleveland and Tampa Bay. The rookie was confounded (sacked 13 times, five turnovers) in blowout losses.

Pick: Cardinals to win by 5-6 points

A rematch from Week 2, when Tampa closed as a 12.5-point favorite at home but only led 28-25 with 10 minutes left. Matt Ryan threw two pick-sixes in the final eight minutes, and the Bucs won 48-25. In that game, wide receiver Calvin Ridley had seven catches on a team-high 10 targets and a touchdown. He’s out for Atlanta again for personal reasons.

The Falcons have a run game with converted receiver Cordarelle Patterson, who got the team their first 20-plus yard carry of the season last week. But good luck running against Tampa, which just shut down the NFL’s leading rusher, Jonathan Taylor. Short of Kyle Pitts having the best game of his young career — and that’s possible; Colts tight ends caught nine passes against the Bucs last week — I’m not sure how the Falcons keep this close.

Tampa Bay is banged up on offense and defense, but consider this: The Bucs dominated the second half against Indy (24-7) despite not having guard Ali Marpet, receiver Antonio Brown and defensive starters Jamel Dean and Devin White, the latter two who left injured.

If all four miss the Falcons game, and you factor in the Week 14 game against Buffalo which could be a Super Bowl preview, maybe Tampa gets caught overlooking a division rival. Maybe.

Pick: Buccaneers to win by 7-9 points

The Eagles looked to be a fantastic spot, coming off a loss to the Giants against a Jets team that instantly took money from the professional gamblers after beating the Texans.

And then came the Jalen Hurts news about an ankle injury that may hobble him. That would be significant for an Eagles offense that revolves around the QB’s legs. Philadelphia has rushed for 175-plus yards in five straight games, led by Hurts, who has rushed for a team-high 695 yards this season. He also leads the Eagles in yards per carry (5.7), 20-plus yard carries (six), and TDs (eight).

If Hurts is anything less than 100 percent, the Jets will be live underdogs to pull the outright upset. His backup, Gardner Minshew, has thrown two passes this season. Despite being 5-7 and in the NFC playoff picture, the Eagles have exclusively beaten bad teams this season. Their five wins have come against teams with a combined record of 21-34-1, and only Denver — which was decimated by injuries in their meeting last month — has a winning record among that group.

The Eagles have two saving graces. First, the Jets might have a QB injury of their own, as rookie Zach Wilson dinged up his knee, the same one that caused him to miss four games, in the win over the Texans. Second, even though the Hurts injury makes this a difficult handicap, the Jets' run defense rates 30th in efficiency. The Patriots rushed for 148 yards in October against the Jets; the Colts, 260.

What’s wrong with the Chargers? Justin Herbert has regressed (four interceptions in the last three games; he had four total in the first six games), and the run defense is still the worst in the NFL.

In walk the Bengals, who have scored 73 points in wins over the Raiders and Steelers. The key offensively has been Joe Mixon, who has rushed for 288 yards in the wins. The public has loved betting the Chargers all season, but as favorites, they’re just 2-5 against the spread. In their past five games, they’ve been favored in four, and were a pick ’em against Philly. In the underdog role, though, the Chargers are 2-1 ATS this season.

Are the Bengals overvalued after covering two straight weeks? Probably. This is a team, after all, that lost to the Jets and then got taken apart by a struggling Browns team. If you’re looking for an outright upset this week, Justin Herbert bouncing back on the road versus a pass defense that ranks only 19th feels like a good bet. For all the hype about the Bengals' defense in two meetings with the lowly Steelers, Cincinnati is tied for sixth in missed tackles. If the Chargers' offense sputters again, LA offensive coordinator Joe Lombardi’s seat goes from warm to scalding.

Pick: Chargers to win by 1-2 points

The Chiefs will make a great teaser leg this week, and that’ll definitely make my Friday picks column. The Broncos are coming off an impressive home win over the Chargers, a game in which Teddy Bridgewater passed for a whopping 129 yards. That mostly had to do with an overwhelming showing from the Broncos' defense, including rookie corner Patrick Surtain, who had two interceptions and took one back for a TD.

Kansas City is off the bye, and Andy Reid’s numbers off a bye week are staggering: 26-6 in his career, 10-4 with the Chiefs, and 7-1 with Patrick Mahomes. Reid has owned the Broncos — KC has won the past 11 in the series, including three of the past four by 20-plus.

Take a look at the patchwork Broncos offensive line before you consider backing them versus the finally-healthy Chiefs defensive line. Chris Jones, moved to his natural position inside, had 3.5 sacks against Dallas. If the Chiefs' early-season woes are behind them, they’ll smoke the Broncos and make a move on the top seed in the AFC.

Giants to win by 3-4 points

Cardinals to win by 5-6 points

Buccaneers to win by 7-9 points

Eagles to win by 5-6 points

Chargers to win by 1-2 points

Chiefs to win by 7-9 points

Play FOX Bet Super 6 every week for your chance to win thousands of dollars, including a $10,000 prize on the Big Noon Kickoff game of the week, the weekly College Football Saturday contest and, of course, the Sunday NFL Challenge. Just download the FOX Bet Super 6 app and make your picks today!