"It really captures all the different parts of a sport in 20 seconds," Lydon said of the event. "You have to be strong, yet still agile. You have to have flexibility, and good body awareness."

It did take some time for Lydon to realize her passion for pole vaulting. She began as a distance runner, much to the excitement of Gaither track coach, Bill Jenkins.

"When I saw her running cross-country, I thought, 'This is my 800-meter runner,'" said Jenkins, who was a distance runner himself at the University of Alabama. "The track and field gods decided to pull her away, and put her somewhere else."

Lydon, who also has a gymnastics background, was eventually convinced pole vaulting was her event. It's certainly paid off this year. As a senior, Lydon went undefeated, set two Gaither school records for pole vaulting, and just won the 3A State Championship. 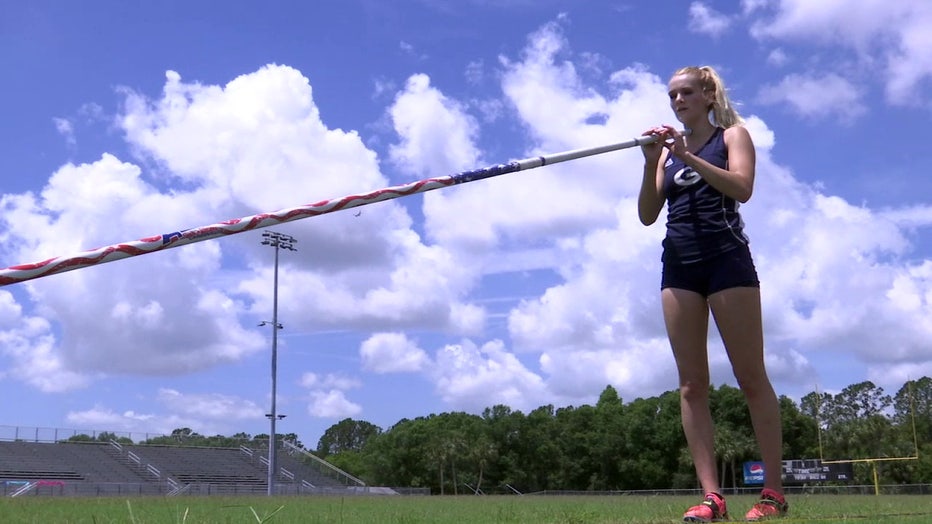 "It felt great because all of my hard work finally paid off," Lydon said.

Lydon may have bailed on long-distance running long ago, but she still had to travel some distance to achieve such heights in pole vaulting. Coach Jenkins doesn't specialize in pole vaulting, so Lydon made three trips a week to Orlando to train with a pole-vaulting coach.

"Sometimes I'll have two-, maybe even three-hour practices, and get home around 9 at night," said Lydon. "Then from there it's homework, and go to bed."

Lydon admits questioning whether such a grueling schedule is worth it, but winning state or signing with her dream school at Colorado State reminds her that it is worth it.

"That was a good reminder that the work that I'm putting in early will have an impact," Lydon said. 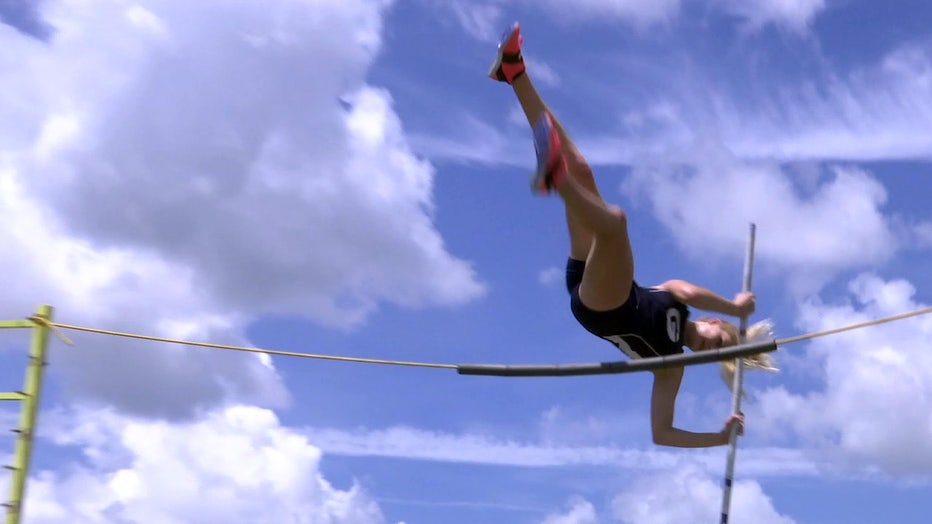 Coach Jenkins remains optimistic that she'll do a running event in college.

"Some coach is going to find a way to get her onto the track," Jenkins said. "Maybe jumping over things because she hurdles some this season."

As for Lydon, she has high enough goals in vaulting. Her personal record is 12 feet, 3 inches, and 13 feet is her current goal.