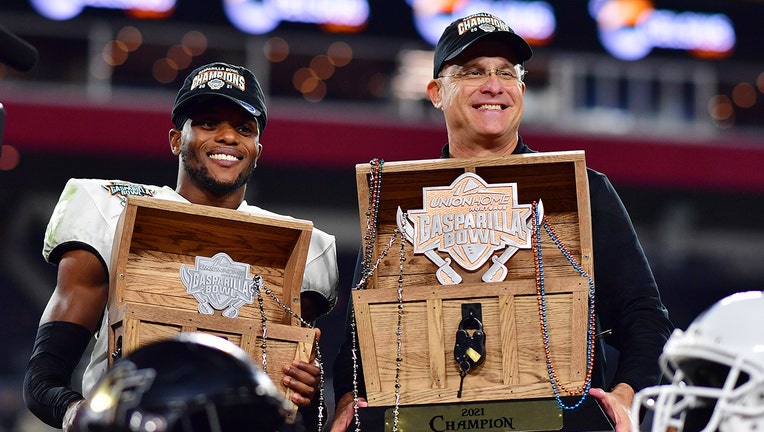 Florida quarterback Emory Jones, playing in his final game with the Gators before entering the transfer portal, completed 14 of 36 passes for 171 yards. He also ran for 62 yards on 10 carries.

Florida was led by interim coach Greg Knox, who took over when Dan Mullen was fired before the regular-season finale against Florida State. Former Louisiana coach Billy Napier will take over for the 2022 season. Florida (6-7) finished with its first losing record since 2017.