DeVonta Smith training with Yo Murphy in Tampa

TAMPA, Fla. - For the last month, Alabama's DeVonta Smith has been calling Tampa home. Under the guidance of Yo Murphy, the 2020 Heisman Trophy winner has been polishing his skills and preparing for his NFL Draft Day.

"It's just a blessing to be in this situation," Smith told FOX 13 Sports. "To come down here and train with Yo, someone I've known for some time now. Just getting everything detailed and ready for my pro day." 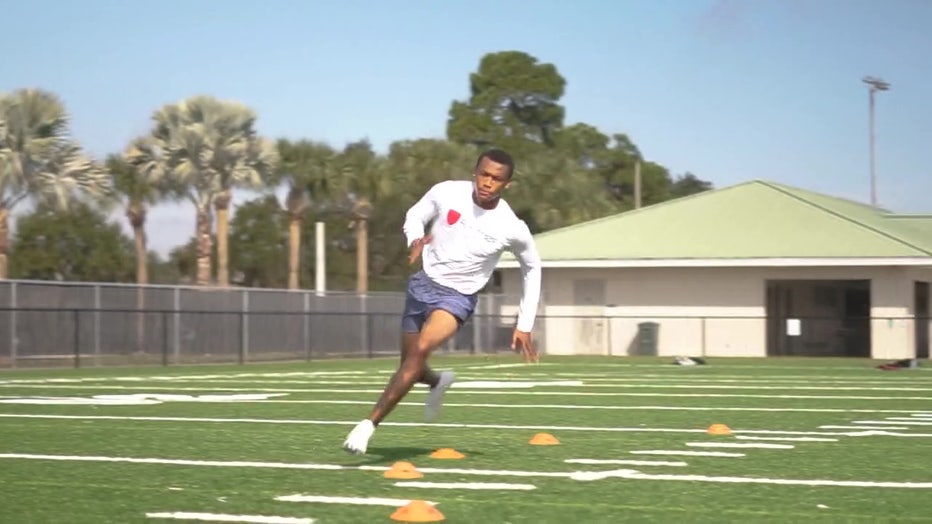 DaVonta Smith training in Tampa under Yo Murphy

"Just to show everybody what I can do," said Smith. "Everybody has their knocks on me, so just continue to prove the doubters wrong."

Smith, along with other top prospects are getting a full course of NFL 101, including Hall of Fame advice from Derrick Brooks.

"Well, one is just really to appreciate the journey," said Brooks. "I also talked to them about putting pressure on themselves. Hey, if I'm not drafted then the dream is over and I was like, 'No guys, the dream is over when you stop believing.'"

Devonta hasn't only received Hall of Fame advice from Brooks. Randy Moss also worked with him and it didn't take long for Moss to see how talented Smith is. 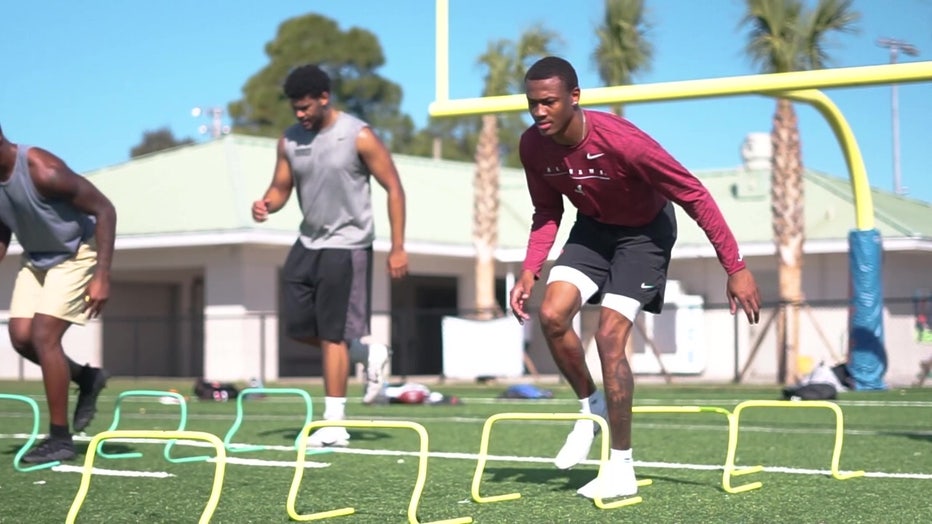 Devonta is projected to be selected in the top three, come April. The Miami Dolphins hold that pick.

I had to point out to Devonta that he was wearing the Dolphins' colors for our interview.

"Oh, my God," laughed Smith. "This is just the first thing I saw and grabbed."

Maybe it was a subconscious thing because he won't mind reuniting with Tua Tagovailoa, who was his quarterback at Alabama.

"Oh, that would be great," said Smith. "Just to run it back with him. It would be a good feeling."

Devonta is likely to be the NFL next superstar. He's flashy on the field and humble off it.

"Think about how many people have ever won the Heisman," said Murphy. "You see why he won it. As far as the focus and just his determination to be great."